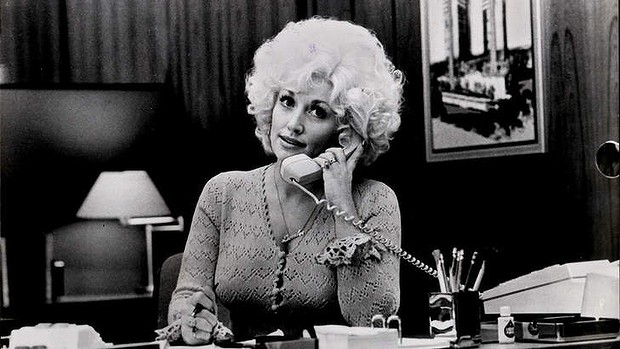 Have you ever asked yourself why do we have to work 8 hours a day? You probably did but never had a reasonable answer. Henry Ford maybe??

Yes, Henry Ford initiated the eight hours work day in the modern business world as we know it today (which for most of us is more than eight hours). During the ’20s of the previous century, the competition among car manufacturing companies demanded adjustments. Ford, a competitive person with the ambition to win over his rivals, announced on the 5th of January 1914 that Ford employees’ shifts will be shortened to eight hours. The reason for that was to create three shifts of eight hours and therefore, maintain a 24 hours working factory.

Before that, the debate on working hours was a hot potato during the end of the 19th century and the beginning of the 20th century. Some argued for a longer workday between 10-14 hours while, on the other hand, the notion of the eight-hour workday spread out until Ford became catalytic of the movement. Uruguay was the first country to implement the 8-hour standard on November 17, 1915.

It is important to realize that Ford was a savior at the time. Employment terms, in particular factories, were strict and demanding and, in some factories, full-time employees used to work 100 hours a week.

During the 20th century, and in particular at the last decades of the century, working conditions and rights had been improved significantly, which BTW, defined our generation as the spoiled one. I’m probably not the only one in this generation to hear my dad’s working terms and how difficult it used to be.

We are constantly evolving and as we look forward, eight hours should no longer be the standard. With the rise of technology, population, innovation and the evolution of humankind, a third of the day at the office or other working environment seems a temporary phenomenon. Administrative positions require more attention and focus and drain our mind, health and excitement. There is no other task in our daily life that requires eight-nine hours a day other than work, not even going to the beach or to the park. We are getting tired of long actions.

The British economist, John. M. Keynes had a beautiful dream of 15 hours a week by 2030. In 1930, Keynes had a long vision of technological advancements that will lead to 15 hours a week and a balance of the labor force. Although we still have time to reach Keynes’s prophecy, with more than 40 hours a week in most of the developing world, it seems unreasonable to even consider it.

The conflict whether the humankind should work or not remains valid. There must be a driving force to stimulate the entire population on a daily base – a social system or ideology that wakes people up and make them go to work and push their limits. Otherwise, how would the world look like? Religion was the main purpose for people up until the 17th century. The renaissance has brought a new form of thinking that neglected religions and the primitive way of living and, with the somehow new ideology of Adam Smith and other philosophers, money has become the motive power for humankind, and remains this way in our current times.

Looking ahead, the issue of working hours becomes trendy in a way. It’s not yet discussed seriously but the seeds of change are blooming. David Graeber, who released the Bullshit Jobs book claims for the idea of unnecessary jobs and the reorganization of the labor global market.

The Venus Project is definitely the main contradictory of our modern working standards as they offer a new social system including a short work day and a better usage of our energy resources.

The Venus Project is not alone with the idea of building a society without the need of working. The new Millennium generation has lost their faith into the idea of working: “belief in work is crumbling among people in their 20s and 30s”, says Benjamin Hunnicutt, a leading historian of work. “They are not looking to their job for satisfaction or social advancement.” So, a new movement of radicals (or rationals) has risen up to bring up the idea of not working or, more reasonably, working in less demanding terms.

With almost 7.7 billion people on earth, advancing technological tools and sustainable infrastructures in most of the developing countries, we can strive for Karl Marx and John F. Keynes idea to decrease our working hours and enjoy our leisure time.

The option to work as a freelancer has become an attraction for the millennium generation and those who enter the labor market. Platforms such as Fiverr, People Per Hour, Freelancer or Upwork provide the opportunity to work independently without a manager and the need to stay in one place. Another option is to establish your own online business – if you have a good idea that might interest other users or can provide them with a service, open a website and build your own income.

New articles and discussions of working conditions became more popular on mainstream platforms. Whether Post Work – complete automation of all jobs – can become a reality, time will tell. At the end of the day, people want to get out of their houses, go to work, meet colleagues and fulfill their potentials. Also, someone will have to operate a robot/machine, write an article, be a movie star and create music. Perhaps, a reality of only creativity jobs can be a utopia for the humankind. Yet, this will not be a day-to-day change – it’s a long process. Machines and AI robots will most likely integrate into our economy.

Looking ahead, some countries, mostly in Europe, have already taken the responsibility to address this issue and improve working terms. Denmark, Sweden, and the Netherlands are at the forefront of regulating improving working terms for their citizens.

So, the labor force is a slow changing market – unless you become a digital nomad, singer, rockstar or any other profession that does not require strict working hours and terms, you will most likely work more or less the same hours as you are working today.  However, maybe your children or grandchildren will have the pleasure of seeing a robot goes to work, a bus without a driver, a restaurant or food station without a vendor, a military with no soldiers and a robot that saves a life at the hospital.