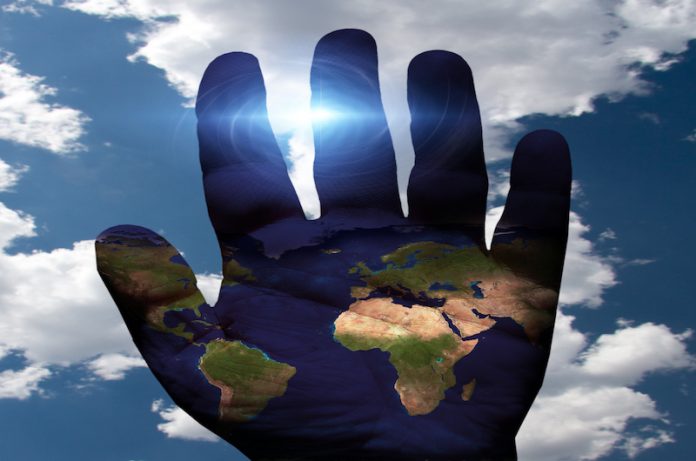 Economics confuses people. It’s not science and does not have one correct way, it is subjective to different cultures, areas or time and, as a matter of fact – the economy is always bad. Even when politicians tell you it’s good, you always have a slight concern that the economy can crash any second.

An economy is also sort of philosophy (Adam Smith was actually a philosopher), kind of religion, a social system that connects people. The economy has created the progress of humanity, in particular since the 18th century. We wouldn’t have an iPhone (whether it’s necessary or not) without the rise of the modern economy.

An economy is a poor kid in a village in a third world country that goes to the market to buy some food with any coin he can offer and the economy is also stocks/futures exchanges, capital markets, cryptocurrencies and an enormous and corrupted transaction between governments.

The economy is a vague term.

But we are humans, an instinct creature that has to look into the future, cross the finish line of a race and reach the goal, even if there’s no clear goal at the end. Religion was the driving force of humans over many centuries. Then, money replaced religion. Today, we all wake up to earn income for our basic living cost and appreciation from others. So, if we all complain constantly about the economy, then how should it be? What are the fundamentals that must be fixed and how would you like it to be?

Utopia – Who controls the economy?

One of the main reasons for our despair of the economy is the idea that few control the money system and decide the amount of money, the cost of money (interest rates, monetary policy) and the politics of money. Injustice is inevitable if there are small groups that control the economy. The inventor of Bitcoin, Satoshi Nakamoto, did acknowledge this idea, although cryptocurrencies, for now, remain an unclear space in the financial markets.

Going forward, the current system is not sustainable. Agree or not with cryptocurrencies, the notion is a breakthrough to bring back the power to the people. There are only a few (mostly those who control the money system) who reject the idea. Regardless of cryptocurrencies, with the rise of technology, another system will most likely rise.

Cryptos are the tip of the iceberg. The advance of technology and AI machines might create a utopian economy in which machines and robots will do most of our work. Some wait for that prediction to become reality while some concern of the unknown and laziness that a scenario like that might arise.

Apart from that, yes – the free economy is a good thing. We wish for as little as possible of an intervention of political entities, no matter what is the social system. But, free economy and the biggest flaw of capitalism is economic inequality and it remains the biggest enemy of our economy these days. Whether the change of inequality will come through regulation or through moral norms, we cannot have an unequal society. Of course that those who benefit our society, economy, and growth as humans should be rewarded (i.e. Steve Jobs, Jeff Bezos, and Lebron James) but no man should worth more than a nation, a population of a city and not even the streets he/she lives in. Perhaps a limit of individual wealth, as a moral code and not as legal enforcement can decrease economic and social inequality.

In our future utopic economy, there are limitations of the gap between employees in a company, representatives of a state cannot earn above a specific amount and athletes, actors and singers will not scream out their richness.

Who cares about growth?

We always hear about growth, as it is the main factor in the economy to decide whether things are good or bad. There is a lot of criticism towards growth and its impact on the economic cycle. Growth is important, however, it also creates unnecessary use of money, unneeded jobs, long working days and creates the use of a nation’s power over another nation. Growth is essential to maintain the current economic system, but imagine if you arrive at a new utopic world, would economic growth be the main ambition of your society?

Some countries, mainly Scandinavian and European countries emphasize the need for a better social life and a less demanding life. Bhutan is the only country in the world that measures happiness, however, other countries such as New Zealand and Australia emphasize the need of another measure for citizens happiness and life quality growth.

Did someone say sharing economy? Not yet

Some believe that sharing economy might be a solution for the decentralization of government and big corporations. The idea has a nice agenda but in reality, some things are different. For example, Airbnb faces worldwide opposition as their service increases rent prices and other sharing economy platforms receive the same criticism.

Just as the communism failed due to the size of the country and the number of products, sharing economy has a good chance to fail in big cities – the same as it is with Airbnb or Uber. Sharing economy is likely to succeed in a small group of people, eliminating the one thing that a big society cherish – profit.

Still, the idea of eliminating third parties can benefit people and create a healthier use of resources. There are many communities that provide a free market social life creating their self utopian economy. In a way, sharing economy can succeed and eliminate the need for money and governments in a society. Similarly to the community in the ‘Avatar’ film, it can work. Thomas More, in his book ‘Utopian Economics’, imagined a small community on an island. Obviously, creating a global economic market is a harder task than a small community in which moral values become an important factor.

What can be done?

So many things to be done. Relatively, in terms of health, war casualties, human rights, and living conditions, there is constant improvement, certainly when compared to the past. There are must do’s actions – for example, New Zealand’s approach towards their citizens and general welfare can be a major step and reduce wars, conflicts and unnecessary competition over natural resources.

A change in the economic global approach will be a result of new personalities and social leaders, not necessarily politicians, that leads to a new economic ideology. For example, big tech companies such as Google and Apple can change employment terms, same as Henry Ford did a hundred years ago.

Our over-consuming culture creates inflation of products, unnecessary jobs, and manipulation of the people by big corporations and governments. Easier said than done – A society builds upon other motives than money will eliminate advertisements, scams, frauds, etc.

Another factor is the use of natural resources – The first proposal to use solar panels and green energy was suggested by Alexandre Edmond Becquerel in 1839 and was rejected several times since then. However, it seems that the use of solar panels in the next century is inevitable and most likely will be part of a better economy and improve geopolitics.

In conclusion, there’s a lot to be done. The economy will never be perfect, not even close. Utopia was invented 500 years ago and is not a real concept. Yet, the millennium generation seems to be desperate of an unknown run to an unknown goal and strives for a change of the global economic system despite the enormous progress in recent years.