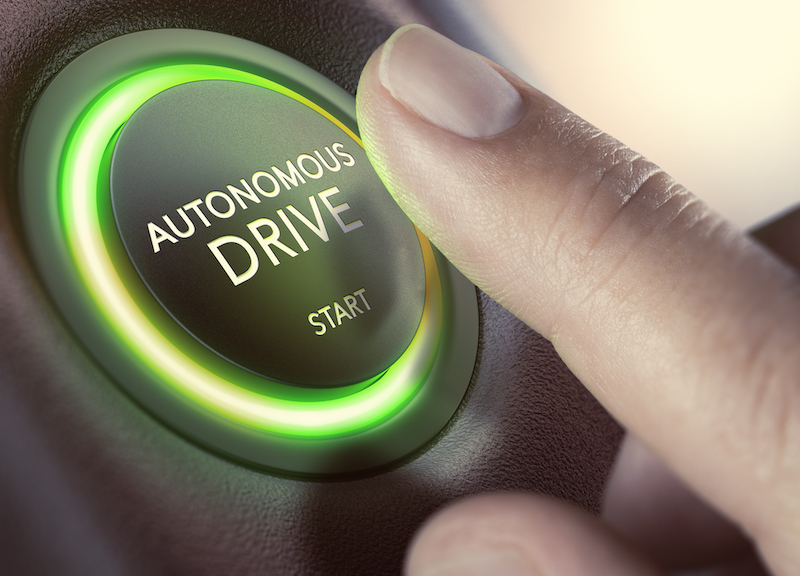 Some things are possible to predict. We can predict that autonomous cars will be a part of the future, and as it seems now, not too distant future. For some people, technology reflects our evolution on the planet and they are eager to enter the first self-driving car, set the address and lay back. To be honest, I’m not even close to being a tech-savvy and actually, never even had a car but for some reason, I’m curious about an autonomous car.

Imagine you want to go back home from a bar or a party late at night and you are able to enter your car and sleep while you’re in the car or going to work early in the morning and sleep/work on the way and even make your dream (actually it’s my dream) to travel in the US, Australia or Europe with a car and to have the ability to move without driving the whole time.

So the big question, when can we actually buy an autonomous car?

For now, you can’t buy a fully self-driving car but it might be possible in 2019, according to general motors’ chief technology officer, Jon Lauckner. As it seems, GM leads the race to launch the first autonomous car in a very competitive industry and precede the previous estimation of the first self-driving car delivery on 2021-22.

The race of the world’s first self-driving car

It is difficult to say which company is leading the race to be the first one to sell an autonomous car to the public. The car companies are known for the secretive and sneaky competition since the days of Henry Ford back in the previous century.

All in all, there are 46 companies that invest in autonomous car development, according to CBInsights and some of these companies top up the list.

Currently, the big competition is between General Motors’ Cruise AV which is the first car without a steering wheel and Alphabet Inc. project Waymo, which has been working on the autonomous car technology since 2009.

Keep in mind that both GM and Waymo are expected to primarily launch taxis autonomous cars and not a vehicle for all customers, which leaves other companies such as Tesla, Mercedes Benz, Ford, Volvo, and others to be the first retail self-driving cars.

Here’s a list of all the companies and partnerships that include in the race for the first autonomous (self-driving) car:

Frankly, if you are not super rich then you won’t have a high chance to own an autonomous car in the upcoming years. “The autonomous system costs more than the vehicle itself,” Lauckner said. It won’t be cheap to buy an autonomous car in the near future, the technology is still very complicated and expensive and it will take a few years until prices go down. In that sense, the competition will most likely contribute to a middle-class self-driving car.

Mercedes Benz E Class – Equipped with the Drive Pilot system that allows automatic driving including spacing from other cars and automatic lane changing, the Mercedes Benz E class is considered to be one of the most advanced semi-autonomous cars in the market.

The Mercedes S Benz, another semi-autonomous car by Mercedes-Benz, is a super luxury model.

Tesla Model S – Elon Musk has been in the frontline of a self-driving car. The Tesla Model S is perhaps the most popular semi-autonomous car in the market as its AutoPilot system allows drivers the capability to drive automatically without the need of a steering wheel. Due to regulation, drivers must hold the steering wheel but the Tesla semi-autonomous car is one of the most advanced autonomous technology in the market.

Tesla also offers the Tesla Model X which is an improved version of the Model.

BMW 5 Series – The German multinational company will not stay out of this race. BMW 5 Series is equipped with a traffic jam assistant, an advanced technology in the industry. First, the BMW 5 has parking assistance feature the autonomously can park the car from an inside remote. The traffic jam assistant can assist at very low speed to operate the car.

Audi A8 – The 2019 Audi A8 has advanced technology, equipped with the Audi traffic jam pilot. The traffic jam pilot is a sophisticated system in heavy traffic and can the control out of the hands of the driver below 60 km/h (37 mph). The Audi A8 will also have a parking system.

*Other cars that provide drivers with semi-autonomous driving are Volvo XC60, Nissan ProPilot driver (available on the Leaf and Rouge models), Lexus LS.

Let’s say you like your current car and you just want to add a feature that improves your driving experience and perhaps provide a slight feeling of an autonomous car. Then, you can put your hands on some pretty cool gadgets.

All of these products can improve your driving experience, provide safety and can decrease the chances of car accidents.