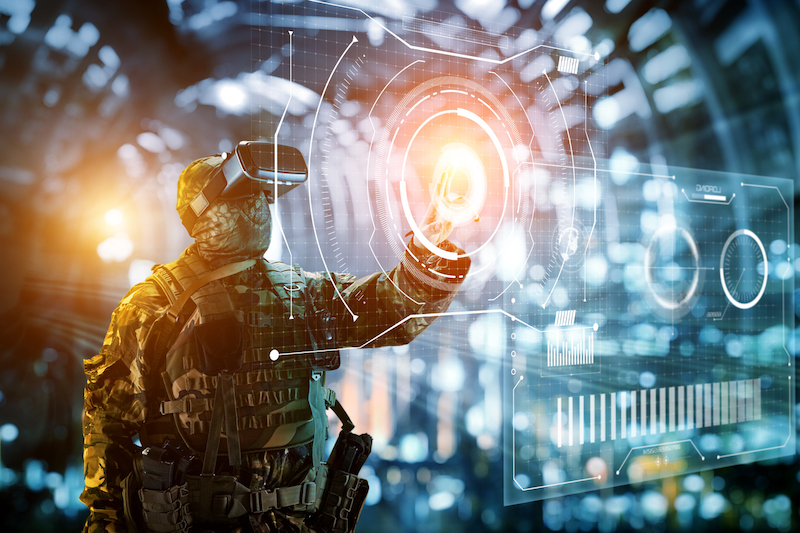 Warfare has always been a dynamic field with constant developments and advancements over different time and place. On July 16, 1945, the first atomic bomb was detonated in New Mexico in the US and for the last almost 80 years, a nuclear weapon has been the biggest threat for humankind’s conflicts and wars.

The ‘treaty on the nonproliferation of nuclear weapons’ that was signed in 1968 and the balance of powers among nation superpowers have stabilized the danger and created a relatively peaceful world.

With the rise of technology, warfare has shifted to the cyberspace. In terms of military, cyber warfare is the most destructive weapon invented by humans as it does not provide the enemy any chance to respond. Although cyberwarfare remains an underground discussion of the military and governments, it is slowly crawling out to mainstream platforms. A highly suggested movie that can explain the cyber warfare phenomenon is Zero Days.

It is important to note that cyber warfare has different attacking methods. The most dangerous way to attack using cyber warfare is the ability to operate other devices in another location (similar to Stuxnet). There are other ways to use cyber warfare to get an advantage over rivals by acquiring (stealing) information or manipulation of another group (US 2016 election).

Cyber warfare occurs in various war/conflict dimensions (companies, individuals, terror groups, etc.) with the most advanced and dangerous one is among rival countries. More than 180 countries are developing cyber warfare operation, enhancing the battle and forming a new legitimate weapon.

The most advanced cyber warfare countries

Among all countries, the US has the most advanced cyber warfare technology. With the operation of the ‘United States Cyber Command’, the US is at the frontline of cyber technology, both defensive and offensive cyber warfare capabilities. However, the United States is also the most vulnerable country when it comes to cyber attacks. Due to its high usage of internet and online networks facilities, the US administration believes that cyberspace is a threat to national security.

So far, according to different sources, five cyber attacks have been made by the US on other nations – the ‘Operation Olympic Games’ also called ‘Stuxnet’ and the attacks on Chinese mobile phones and telecommunication companies. Those have been the most familiar cyber attacks in recent years, thanks to Edward Snowden.

Following the US, the list of the most advanced cyber warfare countries becomes uncertain. Israel, China and Russia top up the next three ranks but the order has not been completely shaped due to the cyber warfare secretive nature.

Israel was responsible for the first major cyber warfare attack on another country – Stuxnet, and is part of the ‘Olympic Games’ operation. The collaboration with the US and the need to stop Iran’s nuclear weapon program require Israel to hold a technological superiority over its enemies.

Although the US and China reached a cybersecurity agreement in 2015, it is most likely that there is an underground battle between the US and Israel versus China, Iran, Russia, and North Korea.

The Chinese take seriously, very seriously the cyberspace threat. They established a cyber warfare unit inside the ‘Chinese Information Operation and Information Warfare’ that is equivalent to the ‘United States Cyber Command’. According to the Foreign Policy magazine, the Chinese have cyber manpower of 50,000-100,000. There have been many accusations against the Chinese of using cyber warfare including Australia, Canada, India but mostly from the United States. As it is hard to track cyber warfare attacks’ source, the US-China continue to accuse each other.

And now Russia. Russia holds the most controversial use of cyber warfare so far with its involvement in the US election in 2016. For now, Russia might operate the most offensive cyber warfare strategy, with the US, Ukraine, Georgia, United Kingdom, Estonia, Kyrgyzstan, and France accuse the Russians by using cyber warfare tactics.

Iranian cyber warfare was born out of their defensive needs versus the US and Israel after the Stuxnet virus. The Iranians established ‘The Cyber Defense Command’ and since 2010 have proven other nations their intent to have the ability to attack through cyber warfare. There have been accusations by Israel, the United States, the United Kingdom, Qatar and Saudi Arabia of Iranian involvement with the most familiar cyber attacks are the hacking into American banks in 2012, and the attacks against Saudi Arabian oil company Aramco and Qatar’s RasGas.

Another major player in the cyber arena is North Korea. Kim Jong Un was eager to own an advanced cyber warfare unit and gave an order for the operation of Bureau 121, a North Korean cyberwarfare agency.

In recent years, Britain was a victim of several cyber attacks by Russia, North Korea, and Iran. The UK plans to launch a cyberwar unit that might have several advantages over their enemies as the strength of UK’s spying agency GCHQ can be integrated into their cyber force.

Unfortunately, cyber warfare is here to stay. The moment one nation owned and used cyberspace as a weapon, other nations must acquire and level their enemies up.

Unlike other military weapons, cyber warfare can be secretive and elegant. Military strength is becoming more technological and less physical. Cybersecurity and cyber insurance are rising as a result of cyber warfare among nations (as well as companies).