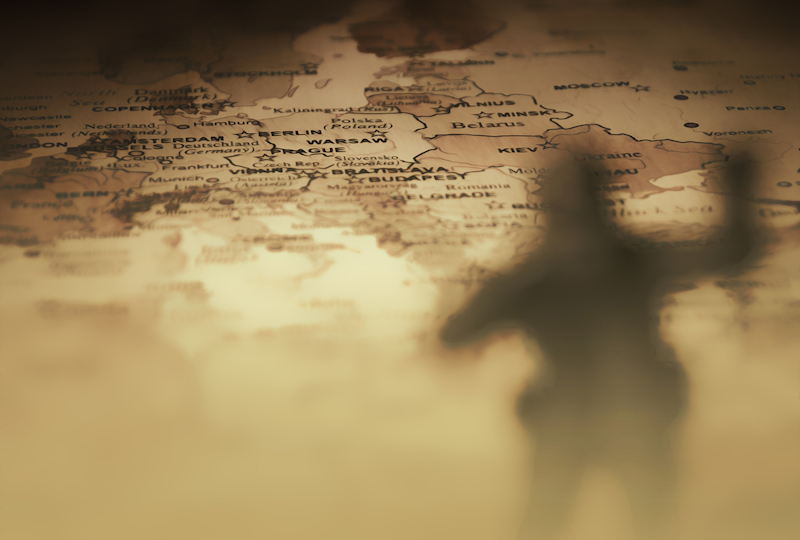 OK, personally, I do not like these FUD articles scaring people just to earn few clicks. Still, it’s not possible to ignore a World War scenario. Can it really happen again? What countries gonna be in it and this time, what could be the consequences?

The truth is that no one can predict a war – it is an emotional unpredictable outcome of the few (governments) that will affect a wider population, perhaps the whole humankind. In fact, there are shreds of evidence of a US operation called War Plan Red to prepare the US forces into a war with the United Kingdom. Hence, no one could predict the relationship that formed between the US and the United Kingdom during WW2.

An international relations is a dynamic field, players changed constantly and the map as it is today can be totally different in a matter of time. Yet, in the current situation, what can happen and what are the military strength of each side?

Obviously, both world wars, global conflicts, and human nature have proven us that it will come down to two sides – David versus Goliath or whatever you name it.

So let’s assume that the next World War will start in the next years and the global balance of power remains the same as it now.

On one side, all the Western countries

The United States, United Kingdom, Germany, France, Canada, Israel, Spain, Italy, South Korea, Japan. Some countries will sit on the bench but if the situation escalates, they will join this side. Those include Australia, Scandinavian countries, Belgium, Poland, Portugal, Greece, Czech Republic.

The Middle East area is an unclear territory with countries like Saudi Arabia and Kuwait most likely to be on this side, however, the idea of these countries to fight versus other friendly Muslims countries might be different.

The list also includes other countries that support the countries above and have a conflict with one of the main enemy countries such as Vietnam.

On the other side – The coalition

This side combines countries with similar motives and values, those who opposed the policy of the Western world.

African Muslim countries will most likely be a part of this group – Sudan, Niger, and others.

When this question arises, the majority will bet on the Western countries. In order to understand better the strength of each side, we will take the major countries on each side.

The strongest and most advanced army in the world. Their total manpower includes 2,000,000 soldiers, active and reserve. The US holds 6550 nuclear weapons in their arsenal, second in the world. When it comes to airforce, the US is on the lead with 13,362 aircraft (followed by Russia with 3914). The Americans also hold the strongest navy force with 10 aircrafts carriers, 10 Amphibious attack ships, 66 submarines, and 18 missile submarines. In addition, the US has5800 tanks. The US also has a strong cyber warfare force that might be relevant in the next world war.

The United Kingdom has succeeded to hold its position as one of the most powerful and advanced armies in the world. Although their manpower of 279,000 is not that high, their facilities and advanced weapons make them one of the most dangerous armies in the world. The UK currently holds 215 nuclear weapons, they still have a very strong air force and navy (rank in the top 5 in both of them), and have military-basis in a strategic area, same as the United States.

Due to its constant threat, Israel has built a powerful army for many years and might be an important player in the case of a world war. First, Israel’s location is strategic for the Western countries (one of the main reasons for the close relationships with the US). Israel is the only country in the Middle East that support the Western countries group. However, Israel is also vulnerable and can be a high target as it surrounded by enemy countries.

Regardless, Israel has a strong army of 650,000 manpower, 80 nuclear weapons, 6 submarines, 600 aircraft, a strong airforce/navy and one of the most advanced cyber warfare.

Although these countries were not necessarily in the same group during the history, it is most likely that this time, they will combine their forces.

Germany has a very strong military force with 208K total manpower, 700 aircraft, 6 submarines, and 6,000 armored vehicles. Yet, Germany has set its army for defensive purposes and do not hold any nuclear weapons or aircraft carriers.

In the above scenario, South Korea will be on this side of the war. Just like Israel, South Korea has an important strategic location for Western countries. The South Koreas also operate one of the strongest and advanced armies. South Korean has huge manpower of more than 6,000,000 troops. 1560 aircraft (rank 5th), 1 aircraft carrier, 16 submarines, and 3480 armored vehicles.

In this scenario, South Korea will have a tough battle against the neighbor North Korea.

Russia has the second most powerful army in the world, after the US. From the days of the Soviet Union, Russia maintained its huge arsenal of 6850 nuclear weapons, the highest of all countries. It also has a big airforce of 3914 aircraft, 1 aircraft carrier, 62 submarines, 27,400 armored vehicles, and about 3,500,000 troops. In recent years, Russia has also invested in cyber warfare.

Despite the misconception of their size, the Chinese military is strong but also has many problems and disadvantages. Their high population, in a state of global war, can be a disadvantage and highlight their vulnerability rather than as an effective war weapon.

Iran sees itself as the empire of the Persian Gulf and therefore, always invested in the country’s military force. The Iranian has many battles to fight in a world war scenario and as a matter of fact, even in current days – the US, Israel, Saudi Arabia and maybe Iraq are all longtime rivals of the Iranian regime.

For those reasons, the Iranian developed a powerful military force of almost 1,000,000 troops, 505 aircraft, 2200 armored vehicles, 1650 tanks, 33 submarines and a large arsenal of ballistic missiles.

The Iranian army still suffers from many disadvantages but remains an important player in the geopolitical map.

In Manpower, active and reserve, North Korea has the largest army force of 7,700,000 troops. Quite impressive and a bit unreliable as the total population of the country is 25 million. Regardless, North Korea biggest mission is to maintain a strong army to protect the country from their South Korean neighbors and the American threat.

North Korea hold 15 nuclear weapons, 944 aircraft, almost 10,000 armored vehicles, 5250 tanks, 86 submarines. In addition, the North Korea army is disciplined and trained. Another advantage that N.Korea has is its location – close to Japan and one of the only countries in the list to have the ability to geographically threat the United States.

Turkey will be subject to the governmental leadership in order to decide their side of the next World War. Currently, with Ragip Ardugan in power (and the deterioration of the US-Turkey relations), the Turkish will join this coalition.

The Turkish military force is one to be accountable in any battle, however, as Turkey search for its true identity, they present vulnerability.

Seriously, let’s hope we’re not going to get into another World War. The technological tools and the power of military forces created a doom scenario. If there is one good thing that resulted from the invention of nuclear weapons (and perhaps will be even stronger with cyber warfare) is the fear that every country has before a war declaration, regardless to the size and strength of its military force.

For now, Western countries have the military advantage over the coalition countries. Technology is the biggest weapon and cyber warfare can change the balance of power.