AllinAllSpace
Home Politics Donald Trump: What He Achieved in the White House So Far 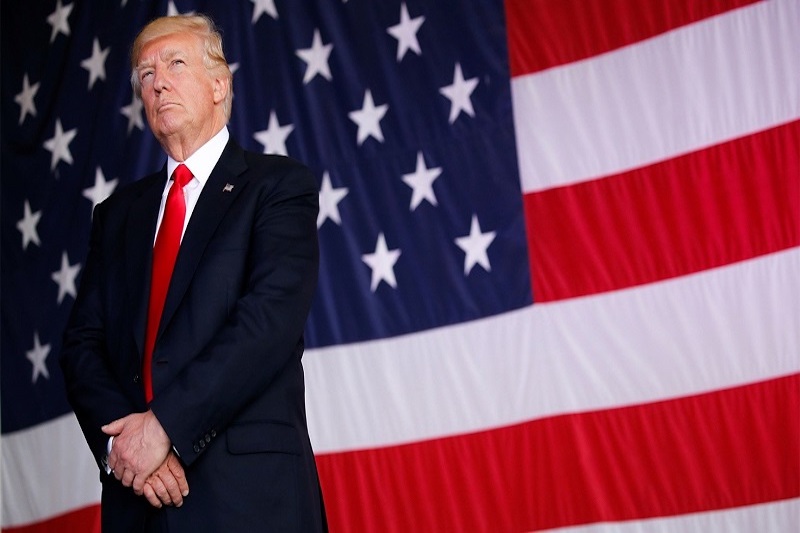 When Donald Trump was elected as the President of the United States, Americans and people and across the world were overwhelmed. Even those who supported the most eccentric presidential nominee were surprised by Trump’s victory and curious about the future.

There were speculations and predictions about Trump’s impact and the possible risks involved in his decisions and behavior. Some could not believe that Trump can complete four years in the White House, while others had hopes that the first “anti-establishment” president can make a huge impact and change things.

After four years in the White House and ahead of the US Presidential election on November 3rd, 2020, let’s have a look at Donald Trump’s achievements and failures.

Donald Trump’s accomplishments in the White House so far

Tax Cuts and Jobs Act of 2017(TCJA) – Perhaps one of Trump’s biggest accomplishments in the White House. On December 22, 2017, Donald Trump has signed the most substantial tax legislation since the Tax Reform in 1986. The TCJA reform mainly reduced the corporate tax rate to 21% and lowered most personal tax brackets though it retained the old structure of seven income tax brackets. The TCJA also increased child tax credit from $1,000 per child under 17 to $2,000 and doubled the estate and gift tax exemption from $5M to $10M.

US economic growth continues – We should not overstate the influence of a leader on the economy, even if it’s the US President. And yet, the economic growth in the United States continued during Trump’s first three years in the White House. 4.8 million new workers have joined the labor forces during trump’s era and the employment reports present a stable economy and a low employment rate of 3.6%, the lowest in the last 50 years.

Trump cannot get all the credit for the current positive condition of the US economy as the steady economic growth has started under Obama’s administration, however, he deserves some credit for successfully navigating the largest economy in the world.

Military – Trump’s Space Force – Trump has pushed for the creation of the Space Force since early 2018. The increasing threat of cyber-warfare and space warfare was the catalyst to establish the sixth branch of the US Armed Forces. In December 2019, President Trump signed a $738 billion defense spending bill and officially created the largest space force in the world.

Frankly, if there’s one thing we can say about Trump is that he has a different foreign policy approach. So far, Trump has taken an aggressive approach stance towards America’s alleged rivals and was also very initiative in other Presidential actions. For instance, Trump was the first American President to enter North Korea and meet the North Korean leader Kim Jong Un. In Isreal, Trump was the first US President to visit the Western Wall and recognize Jerusalem as the capital of Israel. The Trump administration also proposed the Deal of the Century that aims to solve the Israel-Palestine conflict.

The Trump administration also claims to have defeated ISIS though some might say that the situation in the Middle East has worsened and the Syrian/Kurdish/Turkish border conflict appears even more complicated than before. Regardless, Trump has ordered to withdraw US troops from Northern Syria and has ordered the raid that killed ISIS leader Abu-Baghdadi.

One can argue if it’s a success or a failure. Yet, Trump promised to reduce illegal immigration and shut the US borders. The wall on the Mexican border, travel bans, and an end to DACA was a huge part of his agenda before he was elected. During the past three years and in particular in 2019, the Trump administration had some success in blocking asylum seekers and refugees, and restrict illegal immigration. 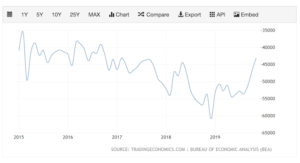 Trade Deficit – Trump has done a lot to reduce the US trade deficit since his inauguration. He withdrew the U.S. from the Trans-Pacific Partnership, imposed new tariffs on steel and aluminum imports, and above all, he has initiated a trade war with China. Yet, trump’s trade war and his deficit policy have led to even bigger trade deficits.

A social crisis in the US – In recent years, we can see this phenomenon in several countries around the world. A vocal leader that takes a side rather than unite the nation. Some might say that trump’s inability to take care of the whole nation is his biggest failure. Accusation, tweets, the ‘almost’ impeachment – those did not contribute to Trump’s legacy.

Healthcare: repeal and replace Obamacare – Trump and his administration had repeatedly vowed to replace Obamacare. Although he was unable to pass any new version of a repeal bill, he did manage to make few changes to the Patient Protection and Affordable Care Act (ACA). So far, Trump’s efforts to repeal Obamacare have been a disaster more than a success.

So far, Donald Trump has passed only one significant piece of legislation, the 2017 tax cut reforms. Although Trump is a different character than any other previous US president and perhaps the most controversial president in US history, he has had an anemic three years of presidential service and did not take any drastic decisions. Ahead of the US election later on this year, Trump must convince voters that he is able to pass more significant legislations, unite the American people and get along with world leaders. But, if it worked the previous time, why shouldn’t it work again?

The Inflation of Food Prices – How Can It Be Stopped?