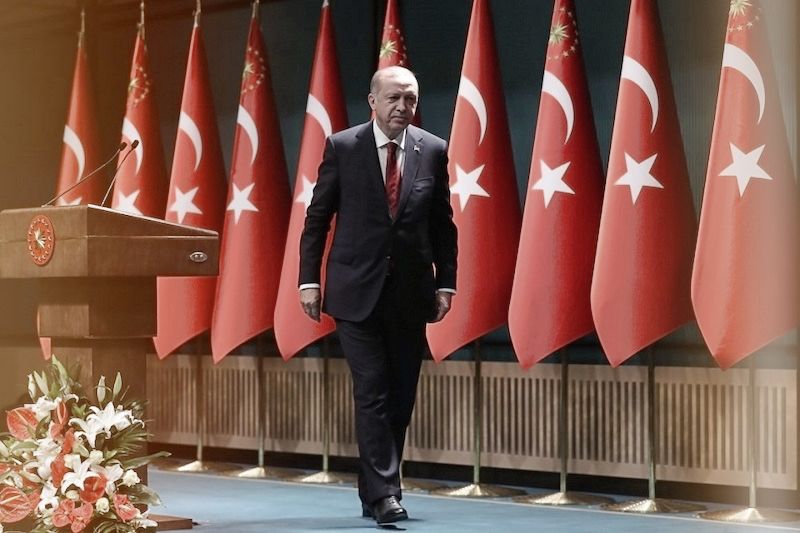 The surprising loss of the ruling party in Istanbul’s re-election seemed more than a yearning for new leadership in the country’s largest city. The loss represents the growing desperation of the economic disaster, which is under the full responsibility of the authoritarian ruler Recep Tayyip Erdogan.

During his 16-year tenure as supreme ruler, Erdogan has repeatedly promised strong economic growth. However, Erdogan is not an economist and he stimulated Turkey’s growth by relying heavily on increasing its national debt. According to the Turkish media, he also offered his associates huge infrastructure real estate and construction projects with low credit rates.

Here’s the thing with debts, there is a time you have to pay them back. In the past two years, economists have been warning about the huge debt burden taken by some of the largest companies in Turkey, raising concerns and doubts about their ability to repay these debts. And so, investors withdrew their capital from the country and led the Turkish lira to dive more than 40% against the dollar within two years. 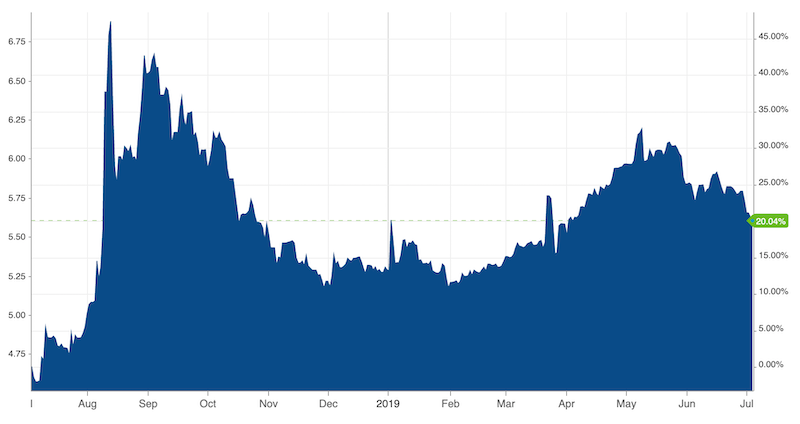 Eventually, the economy cannot work without trust. Investors, companies and Turkey’s citizens lost their confidence in the Turkish Economy. This has resulted in the collapse of the Turkish lira, an inflation rate of 16% which affects both ordinary people and companies, and employment rate of 12.7%.

Turkey’s external debt amounted in $453B in March 2019 with private companies accounted for about two-thirds of the debt. Private companies have additional debts of $138B to repay in 2020.

Given that Turkey’s total economic GDP was $766.51B in 2018, it is a huge debt which makes Turkey the second country after Argentina where there is the greatest chance of deterioration into a severe and powerful crisis. Turkey’s Debt/GDP ratio reached an all-time high of 57.5% in 2018.

The biggest concern is the default of one of the biggest companies or financial institutions in Turkey that can create a snowball effect. The Turkish lira’s crisis hits companies which their loans were borrowed in US dollar and euros, meaning that the debt increases as the Turkish currency loses its value.

Erdogan, in contrast to economists suggestions, called for lower interest rates during 2018 despite an increasing inflation rate and the fact that investors were withdrawn their investments from the country. Turkey holds its main interest rate at 24% and the dispute over interest rates levels continues.

Is this the end of Erdogan?

But not only economic factors threaten Erdogan’s rule. Erdogan increased its power by destroying the role of the army in Turkey and allowed Muslims to practice their faith without the restriction of the imposed secularism of the state. Democratic organizations have attacked Erdogan and his popularity is at its lowest levels.

Erdogan began his political career in Istanbul almost a quarter of a century ago. The transfer of control in Istanbul to the main opposition party, the Republican People’s Party, represents the dissatisfaction with Erdogan’s regime.

However, although Turkey’s politics is in turmoil and Istanbul’s new mayor emerges as an alternative to Erdogan, Turkey’s main problem is the fragile situation of its economy. And when the economy is in crisis, leaders lose their power.

Turkey has a strong economy despite the current crisis – High rate of young population, growing middle class, important geographical location at the crossroads between Europe and Asia, stunning landscapes and flourishing tourism industry.

However, Turkey has been dependent on importing goods and an extensive amount of foreign currency loans for many years. As a consequence, the collapse of the Turkish has deeply affected the Turkish economy which was contracted by 2.6% in the first quarter of 2019, followed by a contraction of 3% in the last quarter of 2018.

The central bank maintains short-term interest rates of 24% to prevent additional capital expenditure from the country. High-interest rates reward investors that are taking a risk to invest in Turkey and prevent investors that wish to withdraw their capital but high-interest rates also increase lending costs to businesses and consumers in Turkey, homes and car sales decrease, and as a result, general economic activity is in decline.

Erdogan’s criticism of the high-interest rates in Turkey did not contribute to his popularity. Erdogan said that interest rates should be lowered to bring economic growth back on track. He appointed his son-in-law as the country’s finance minister and entered into a conflict with the Turkish central bank.

Truth must be said – Erdogan is not completely wrong. Lowering interest rates and increasing government spending can stimulate the economy. Erdogan wants to take advantage of Turkey’s low levels of internal public debt. Nevertheless, this will most likely cause a further decline in the value of the Turkish lira and might spark a higher rate of inflation and employment rate.

Lastly, the results of the elections in Turkey indicate that the residents of the largest city in the country are not enthusiastic about any of the possibilities facing them, and the man who runs the country does not give them a sense of security. Financial markets reacted positively to the fact that Erdogan’s power is waning, and the Turkish Lira surged following the results of the elections. Those who control the money have apparently lost faith in the Turkish president, and they enjoy the possibility that another party will gain control over the Turkish economy.