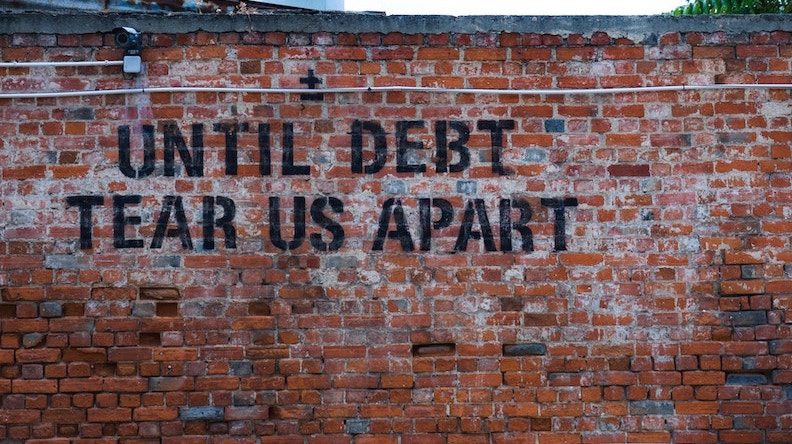 A question: if you were offered to lend someone $100,000 with a guaranteed refund in seven years of a nominal sum of $98,000, would you agree? Does the deal seem reasonable to you? The vast majority of readers would probably reject the generous offer and rightly. And here’s exactly what the smart money does these days, trillions of money.

According to a report of Deutsche Bank that was published on April 2019, “The number of government bonds at a negative rate of maturity at 2049 increased this year by 20% and is approximately amounted at $10 trillion.” Simply put, until 2049, depending on the maturity of the bonds, lenders of trillions will receive a less nominal return than what they have loaned in 2019.

Germany is leading the list. In mid-June, a new temporary all-time low was recorded, when the yield on Germany’s 10-year bonds was trading at a negative rate of 0.37% and the 30-year was trading at a negative rate of 0.26%. The German two years bond was offered at a negative interest rate of 0.74%. And Germany is not alone. According to Blomberg, there are more than 11 trillion USD in government bonds around the world that are traded on a negative interest rate, which means lenders are willing to pay investors so they take their money.

Given that the official inflation in Europe in April 2019 was 1.9% annually, 1.4% in Germany, and if we assume this level of inflation in the next 10 years, the total loss of value of the German ten-year bond will reach 12% to 16%, and the two years bond will lose approximately 4.5%, of course, it depends on the exact due date.

How lenders can offer a negative interest-rate loan?

The standard explanation is that there is an expectation of another recession and deflation. In this scenario, interest-rates will decrease further, so the investors try to “lock” a negative interest rate of 0.37% for the next ten years, fearing that the future is even bleaker.

Another explanation, no less popular, is that “the landlord has gone mad.” The massive money printing of central banks, and in the above case – the Central Bank of Europe, including printing money in a period of a negative interest-rate, brought the financial markets into a state where there is no value for money, there is simply too much of it. Therefore, loaners are willing to pay so that someone will just take the money away from them.

There is no doubt that central banks have gone insane and have lost all control over what is going on in recent years, even though they are still trying to put the mask of an adult in charge. There is also no doubt that they have created anomalies that cannot really be explained in familiar economic theories. For example, how can you explain a situation in which 2-year German bond yield is minus 0.74% and 10-year German bond yield is minus 0.37%?

If the negative interest-rate was a result of recession’s anticipation and lower interest rates in the future, then the long-term rates should have been in a higher negative premium, since the concern that central banks interest rates would go down, will increase over time.

Moreover, big investment banks offer a higher yield for investors and yet, those are pricing the risks and prefer to deposit their funds on governments bonds.

The financial sector and governments

In other words, the financial market, or rather the financial sector, does not believe that the money poured down by central banks can be used effectively in the future. Therefore, there is a high risk to lend the money to the private sector with interest rates of 4%, 5%, and even 6%, and not even to the largest banks that offer 1% or 2%. The financial sector prefers to absorb a cumulative loss of more than 2% per year, provided by governments, as long as these governments commit to paying back in the future.

Moreover, the financial sector “trusts” the governments of Slovenia, Spain or Portugal, which are relatively weaker than on the world’s largest banks, when things arrive to secure money.

This fear is justified. No one can ignore the production of trillions of dollars during the last decade, which created an anemic growth of 2% per year, which is the lowest growth per decade since World War II. Now, the experiment of the chronic print is at its final stages and remains a huge concern for the next generations.

What about financial markets? lost all contact with reality.

The debt pyramid of the private sector

The whole market is contaminated with these debts. According to various sources, in recent years, BBB bonds, which is one degree above “junk” bonds, increased to an accumulative 3.2 trillion dollars at the end of 2018, reflecting almost 50% of the investment market.

Though BBB bonds are the top of the dangerous debt pyramid, junk bonds have amounted at 1.22 trillion dollars. These debts have doubled themselves since 2007.

Below the BBB and junk bonds, and perhaps even more dangerous, there are debts called ‘Leveraged loans’. This is a credit debt given to companies that already have a large debt load and/or a low credit rating. Such loans are at an even higher risk.

These loans are organized through investment cleaners who sell them to institutional investors or commercial banks. These loans have increased 2.5 times since 2007, and are estimated at $700 billion today.

It’s not the end. At the bottom of the pyramid are the Collateralized Loan Obligation, CLO. The CLO market has grown 119% since 2013 and its scope, at the end of May 2019, is about $600 billion, according to the study of SIFMA, a professional association of various factors in the American capital market.

These “packages” are carrying a relatively high-interest rate, and are sold or funded by various organizations in the financial markets, from pension funds to commercial banks.

Yes, it sounds familiar as these packages are not different than the mortgage packages before the economic crisis in 2008. The scope is also similar: the total global CLO market amounts the same as the 2008 sub-prime instruments.

With such a dangerous amount of debt, it is clear why interest rates cannot be increased. Central banks have locked the global economy in a zero-interest rate trap, from which there is no way out.