Whenever we want to relax, to heal, or just to simply reward ourselves, going on a trip would be one of our options. Going to a new place is an exciting journey and having a whole new adventure makes our hearts race. But of course, planning for a trip is essential, and the destination must be the first factor on the list.

If you want to experience a whole new adventure and fun, consider going to the Philippines, the home of the hospitable Filipinos and of marvelous sights like beaches, underground places, waterfalls, lots of caves, and all the other natural wonders. If you love nature and would like to take an adventure to another level and add a touch of history, then you must go and visit the Philippines’ breathtaking underground places.

Top 10 underground places to visit in the Philippines

Below, you can find our list of the top 10 underground places to visit in the Philippines:

When you think of an underground place in the Philippines, the Palawan Underground River would definitely be the first on the list. This famous cave in the Philippines is part of the New 7 Wonders of Nature and is one of the most special places you’ll ever see. It is located in the city of Puerto Princesa, Palawan, Philippines.

A distinguishing feature of the river is that it winds through a cave before flowing directly into the South China Sea. It includes major formations of stalactites and stalagmites and several large chambers. The lower portion of the river is subject to tidal influences. 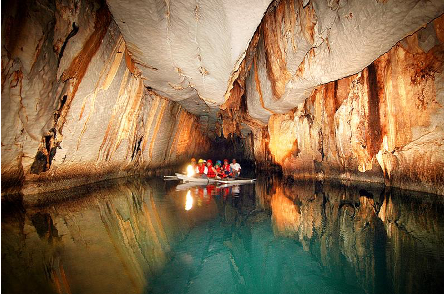 The underground river is reputed to be the world’s longest. At the mouth of the cave, a clear lagoon is framed by ancient trees growing right to the water’s edge. Monkeys, large monitor lizards, and squirrels find their niche on the beach near the cave. It is indeed a true natural wonder.

This cave is unintentionally discovered and is located on Panglao Island in Bohol. It is a naturally lighted cavern with a deep lagoon and many large stalactites and stalagmites. The cave is lit by sunlight which filters through holes in the ceiling. The underground lake is a popular swimming spot, but it has been known to test for high levels of various pollutants since it is fed by ground runoff. It is made of limestone and its entrance is a hole about 1 meter in diameter, visible from a limestone hill. The cave is slippery, but there’s a rope railing to hold on to. It is also filled with sleeping birds in small holes in the ceiling. At last, the sunlight that enters the cave makes it also suitable for bats.

Nonetheless, it is a beautiful place to visit so if you are nearby, do not miss it. 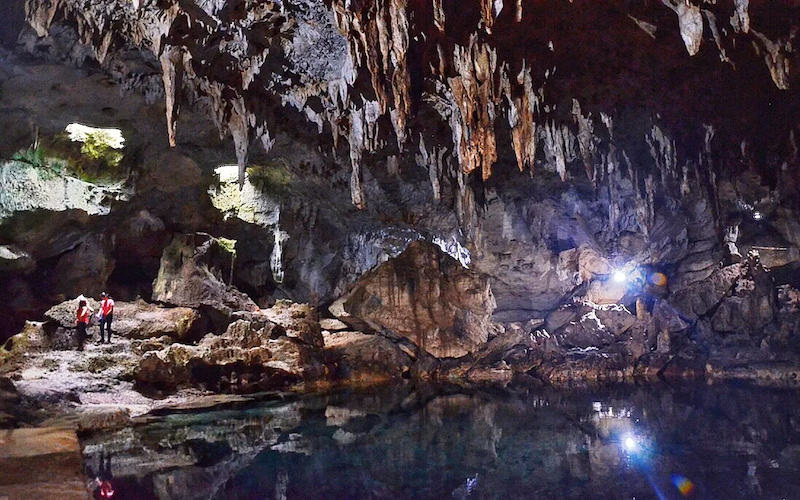 The biggest cave in the Philippines and the pride of Calbiga, Samar. This cave is a sight to behold, with large formations of beautiful stalactites and stalagmites. Even first-time cave visitors admit that after the experience in Langun-Gobingob, cave-visiting is indeed a hobby to take note of. 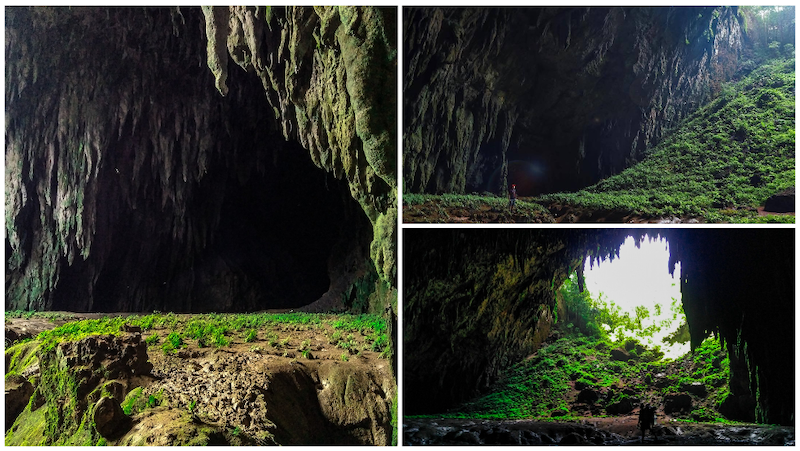 The Odloman Cave is the 2nd longest cave in the Philippines next to the Langun-Gobingob Cave and is also the 6th deepest cave in the country. It is also one of the most visited caves in the country and worldwide. This is situated in Mabinay, Negros Oriental, and in order to enter that cave, one needs to swim across an underground river or enter through a hole in the roof.

Overall, the cave has a lot of large and impressive galleries which are connected via small and narrow corridors. Bear in mind, however, that only experienced mountaineers or spelunkers can explore the caves’ paths. 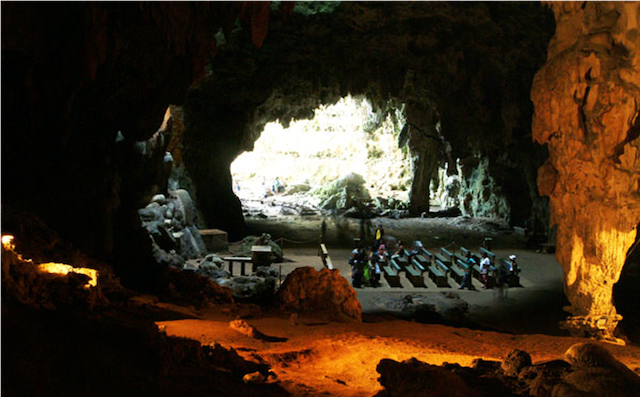 This is the second deepest cave in the country. Located in Sitio Tumallo, Barangay Quibal, Peñablanca, it is also the major tourist attraction in Cagayan. The cave has a walking size passage, shafts, and drops of varying depths that provide for a lot of rope work. Meandering streams and four pools of varying sizes abound inside the cave.

It is said to be the 5th longest cave in the Philippines in terms of length and the deepest cave in terms of vertical range. It is located in Sagada, Mt. Province, and is a huge and remarkable cave with six entrances that will lead you to amazing streams, wall structures, and limestone formations. 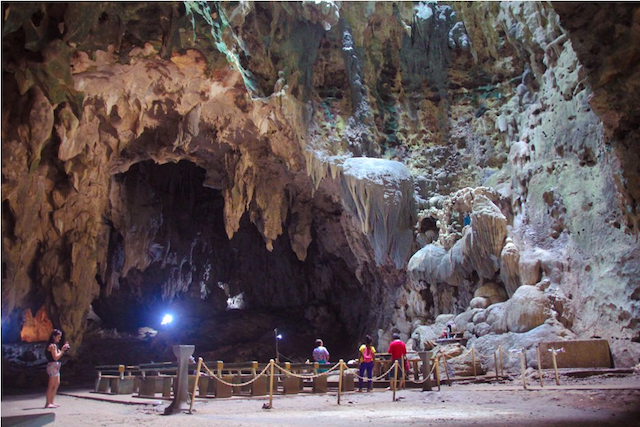 If you consider yourself an advanced caver, then this place is for you. It is the country’s 3rd longest cave that is located in Cagayan. It is named after the Tumbali village where it is connected. This cave has a fantastic stone arrangement.

When you go there, make sure you have permission from the tourist office and take note that you must be accompanied by a guide.

Callao Cave is among the most popular caves in the Philippines. Located in Peñablanca, Cagayan, this is a seven-chambered cave that is among the limestone caves in Cagayan and is the most accessible cave. The first chamber of the show cave is the largest room with a width of about 50m (160ft) and a height of 36m (118ft). 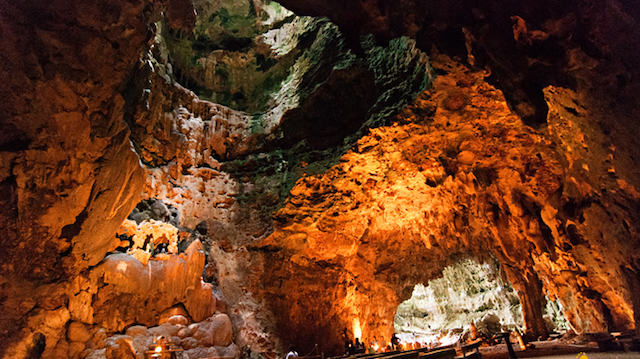 The cathedral-like room has been turned into a chapel by the local people. A rock formation serves as the altar of the chapel lit by a stream of light coming from a rooftop opening. In addition, the conditions inside the caves have caused the formation of stalactites and stalagmites, more so in the deeper chambers. Several spectacular speleothems or formations are found inside the cave-like flowstones, glittering dripstones, cave curtains, crystal helictites, columns, etc. 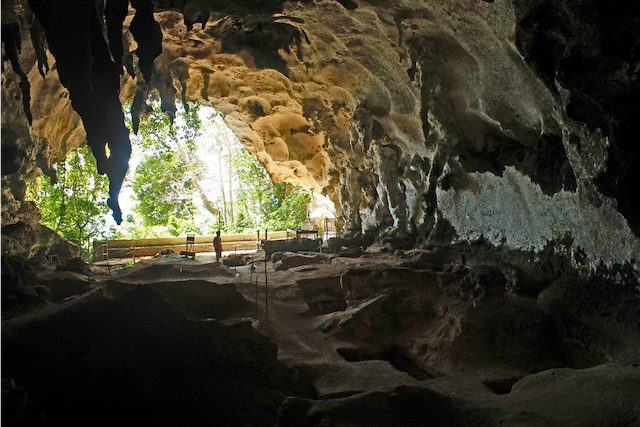 The Tabon Caves are located in Quezon, the southern part of Palawan. It is where the skull cap remains of the Tabon Man (oldest confirmed modern human). Tabon Cave complex has 29 explored caves but only seven of which are open for public viewing. It is believed that about 215 caves are known to exist on Lipuun Point.

Fun fact, the place was an island for many years but due to an extensive mangrove development, it is now a cape connected to the mainland of Palawan.

Located in San Miguel, this cave is part of Philippine history. It was a significant place during the Philippine Revolution and was served as the hideout of the revolutionary forces during the Spanish regime. This cave is also known for its challenging rock formations. 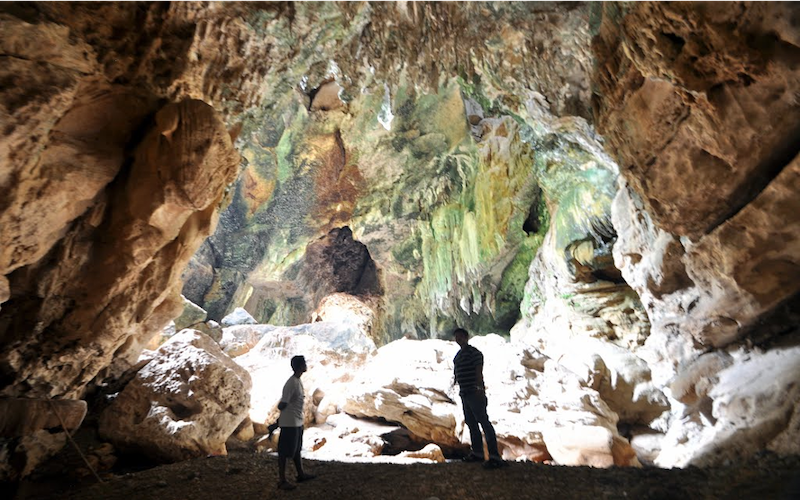 Caving is one of the adventurous things to do. There are caves meant for experienced mountaineers and caves that are beginner-friendly or accessible like the Callao Caves. If you want a historical one, then the Biak-na-bato is the right place to visit for you. If you want to see a wonderful sight, then other caves and rivers could be the ideal to go and visit in the Philippines.

The country’s underground places have so much to offer. Each one has its own magnificent features so when you go to one of these places, surely you will be in awe of how amazing these wonderful creations are.