As the trend of technological advancement has taken place in the market, more businesses have turned their faces towards improved surveillance and security systems. Artificial Intelligence and solar-powered surveillance cameras have played a great role in several business industries and enterprises. Even in the upcoming years the sales of solar-powered surveillance cameras and video making equipment like recorders, VMS, wireless gadgets, etc. will be highly increased for development and security purposes.

The role of security cameras, as well as Artificial Intelligence and robots, has become renowned after the entrance of terrorism. The solar-powered surveillance cameras have played an important role for security purposes to protect civilians from the threat of terror. Even after the introduction of such cameras, Artificial Intelligence, and robots the hiring of human employee staff for security purposes is decreased because of the progress of surveillance technological tools. We have collected the best surveillance technology trends for 2020.

6 Trends for the Surveillance Industry in 2020

Cyber-attacks are more common because of the equipped software which can recover the data from computers easily and efficiently. Nowadays, every type of data can be hacked or recovered easily. Correspondingly the data from the cameras IP, invasion alarms, radars, etc. can also be hacked or recovered. So, because of the latest trends of such cyber-attacks, the data from video surveillance systems are also at stake to keep the confidentiality of the organization’s data and play an important role against the threat of cyber attacks.

With the help of video surveillance, we can have more security and the ability to avoid unwanted events. While in the past, several agents used to sit back and monitor the events on the screen to analyze the videos to avoid happening situations.

The Artificial Intelligence surveillance can be used for the detection of events, video tracking of the events or situations, the estimate the motion of the object, and image restoration as well as scene reconstruction.

Internet of Things is taking up huge importance these days because of its new concept and provisions. IOT is taking a place in the list because of its fixation in several other sensors through which they can help to gather data and be beneficial for the research purposes. The data that is collected from such a source can be highly beneficial for the applications of several trends in the industrial markets. Eventually, the response on the way to threats can be answered in a better way by the use of data from these sources.

Introducing 5G after the hype of 4G in society

People were highly amazed by using the internet with high speed and spare bandwidth in which technological gadgets were considered more conventional. Now in 2020, the introduction of 5G will transform the communication as well as the working pace of people after the use of such high-speed internet. The 5G technology will even modernize the surveillance cameras because of the availability of high-speed internet for such cameras. These cameras are working with high IP and the high speed of the internet will be more effective to perform according to the requirements and demand of globalization.

As countries and big organizations are getting upgraded and modernized day by day, they are more concerned about the data they are keeping and the confidentiality of it. Because of the latest surveillance systems, everything is at stake to get copied. So, authorities are designing laws and orders which can help them to protect data from several software and apps to save them from copying purposes. Because of such a trend of privacy rights, more people will be aware of these privacy issues of oneself and it will have a great impact on the surveillance industry to keep individuals’ privacy safe in the online and offline world.

While most people are getting frustrated with smartphone data tracking, it is essential to find the balance so that users are getting full protection and privacy via smartphone surveillance technology. 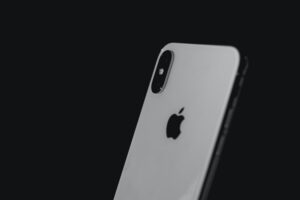 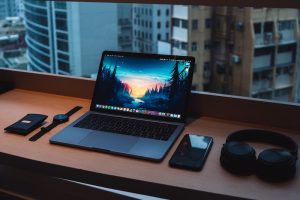 It’s quite true and realistic, that the year 2020 will be completely based on the new technological surveillance trends for the secure workouts of society. As surveillance technology continues to develop at a rapid and accelerating pace, it is inevitable that the trends above will remain a hot commodity in the upcoming year and beyond.