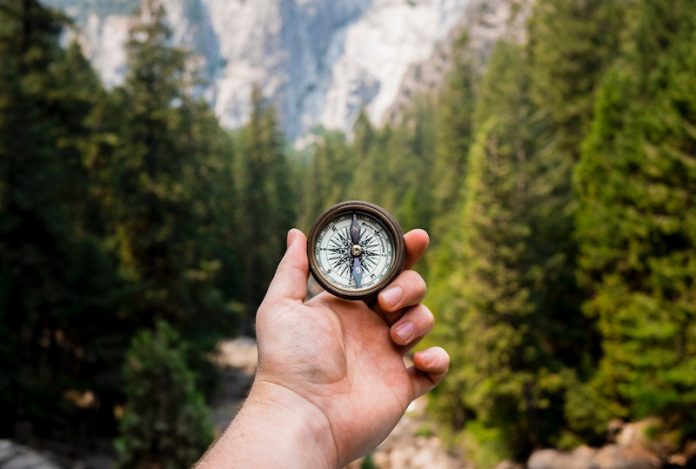 GPS technology is so common that most mobile devices already have it integrated into them. Smartphones aside, the use of GPS tracking devices particularly has seen an increasing growth and is expected to skyrocket by 2023. Should you jump on the bandwagon? Just how does it even work anyway?

Global positioning system trackers are portable devices that allow anyone to monitor and track anything. Depending on the target demographic, GPS trackers offer a variety of useful features, benefitting managers, manufacturers, law enforcers, farmers, private investigators, pilots, administrators, caregivers, parents, spouses, travelers, pet owners, and more all over the world! If you’re considering giving it a try, read on.

But first, how does a GPS tracking device work?

The global positioning system was developed by the US government. It consists of 24 satellites in orbit above the planet, and it receives signals from these satellites to track a device’s location with an accuracy of within a few yards during optimal conditions. Trackers use multiple satellites to exact their gadget locations via triangulating patterns. This means that the more satellites the device can “see,” the more accurate it will be in pinpointing locations.

Through this technology, GPS in devices can locate people, pets, or things almost instantly—as long as the one you’re trying to locate has a device on of course. You can track family members, valuables, luggage, or even your car in seconds, with the added expectation of getting their GPS locations in real time. The information you need is sent to you via text or email or even through maps in any computer or smartphone that you can access.

Most of these GPS trackers feature geofences, smart alerts, an SOS button, and a free app while some trackers, particularly those designed for kids, the elderly, or pets, enable two-way communication, voice monitoring, speed dials, adventure modes, fitness monitoring, and even predator alerts.

Through GPS trackers, locations of vehicles—from motorcycles and personal cars to entire fleets—can be tracked within seconds. This means it is now possible for managers to know if an employee is wandering, idling, or not using their fleet properly.

Any object of value, like works of art, jewelry, or even travel luggage, can be fitted with these trackers. In the industrial sector, even machines, equipment, and cargo that require monitoring can instantly be tracked down and checked.

How do you use a GPS tracker to locate people?

According to the FBI, there were 424,066 NCIC entries for missing children last year (2018). On the other hand, 6 out of 10 people with dementia are likely to wander around. These numbers explain the growing demand for GPS tracking devices from parents and caregivers alike.

After purchasing the tracker of your choice (read the top 10 factors to consider when buying one), install the app or visit the manufacturer’s website, sign up, and then proceed to account activation. The app or website is where you view your loved one’s location, set speed limits and safe zones, and add emergency contacts.

Simply attach the GPS tracker to your loved one. Some trackers come with attachment accessories in the box: a lanyard, pouch, strap, saddle, clip, belt, key chain, Velcro, or carabineer. If the tracker you bought doesn’t include any of these, you may opt to slip the tracker into your family member’s backpack or pocket or separately purchase an attachment accessory. There are also magnetic cases available if you intend to monitor your teen or spouse while they’re driving their car.

Don’t wait till your loved ones become a statistic. Get them a GPS tracker, and know their whereabouts at all times.

How do you use a GPS tracker to locate your drone?

Drones certainly do not come cheap. Imagine a drone owner’s heartbreak when their drones crash somewhere far. The worst part is that this can happen any time because of various unpredictable reasons: strong winds, radio interference, faulty firmware upgrades, loss of connection, piloting errors, glitches, and bad GPS data. To make this scenario even worse, thieves may get their hands on the lost quadcopter first if the pilot doesn’t act fast enough. The best option drone owners have is to be prepared ahead of time.

Some GPS trackers come with a drone attachment kit. Simply mount the GPS tracking device on your drone using the manufacturer’s specially designed accessories for drones. The device is small and lightweight, so you don’t have to worry about its weight. It’s the same device that is used as animal tracker. Reviews have stated time and time again that there was no noticeable difference on the drone’s flight time or flying ability with the tracker on.

To locate a drone equipped with GPS, simply call the device and you will instantly receive an SMS containing the GPS location of the tracker. If fully charged, the tracker’s battery can last for a couple of days, enough for you to look for your lost drone. The device is also waterproof so you don’t have to worry about it and your drone getting wet in the rain.

In the past, it was usually acceptable to allow your children to freely roam around the neighborhood without supervision. Parents would usually set a dinner curfew, and children were expected to return at the appropriate time. Sadly, the world isn’t so forgiving anymore, at least it sure doesn’t seem to be. Every day we hear stories about children being abducted, going missing, or being involved in some kind of accident.

But with the growing versatility of GPS trackers, even smartwatches are now equipped with GPS technology to give parents peace of mind. Today’s wristwatch-sized computers often come packed with a library of position-based information. It’s now possible to buy a GPS watch that will let you track your location—anywhere on the planet—minutes after you open the box.

Typical additional features in GPS watch trackers are real-time position tracking via Wi-Fi, GPS, and LBS technology; various sensors like gyroscopes and accelerometers used to gauge movement patterns of the wearer; GSM and GPRS that enable two-way audio communications; and SOS buttons that the child can press to notify the parent of emergency situations.

Originally, GPS watch trackers were first noticed by athletes. Sports that hinge on knowing one’s location relative to a target, such as golf, adopted GPS early on. During this time though, the first GPS watches were almost as large as typical handheld GPS units. To become really useful and marketable, GPS watches had to first become watchlike. That point was finally reached in the 2010s. GPS watch manufacturers also soon expanded the watches’ versatility by adding in features such as biometric measurements. Other sensors included with GPS watches may include shoe-mounted cadence monitors that track the rate of a runner’s stride and bike-mounted sensors that detect wheel speed and the force that a rider is exerting through the pedals. Users can also download array of workout data collected by the watch either wirelessly or through a USB port.

Tracking children and monitoring fitness are actually just among the many uses of GPS watch trackers.

So should you get yourself one?

If transparency, security, safety, and efficiency greatly matter to you, then yes. Currently, our civilization has entered the fourth industrial revolution—an era of interconnectivity, automation, machine learning, and real-time data. And even if you don’t get yourself a GPS tracker today, you’ll find yourself buying one eventually as technology soon becomes part and parcel of human activity.