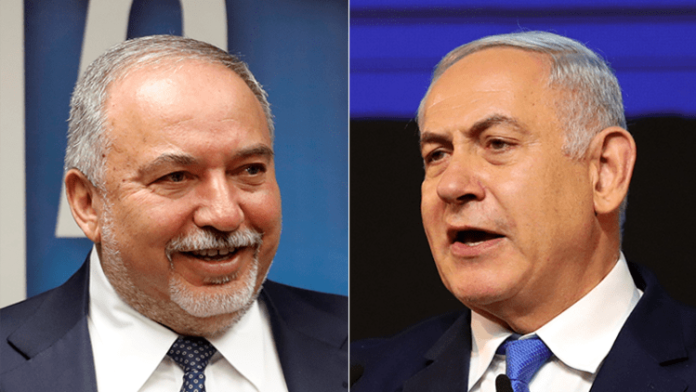 Isreali politics is in turmoil. On September 17th the Israeli citizens will vote for the second time in five months following the failure of Benjamin Netanyahu and the right-wing to form a coalition.

For the first time in the history of Israel, neither of the parties following the elections was able to form a coalition after 42 days which led to a disperse of the 21st Knesset by a vote of 66 to 44.

Well, there is a background to the background in this story – The Israeli elections were originally set on November 5th, 2019 and pre-scheduled to April 9th after the resignation of the Israeli parliament member Avigdor Liberman following the escalation in Gaza Strip and his disagreement with Netanyahu. Liberman resignation unstabilized the coalition, led by Likud and Benjamin Netanyahu.

For Netanyahu, the Prime Minister since 2009, that was a wish come true as he had to precede the elections in order to pass a law that will provide him diplomatic immunity.

Netanyahu, the strongest person in Israeli politics, faces a number of corruption charges that can end up in the worse scenario for him behind the bars. However, Netanyahu has loyal supporters who appreciate his actions and leadership and firmly believe that the best interest of Israel is to continue with Netanyahu’s leadership. Moreover, since the early 2000’s the Israeli politics has shaped up so that the coalition is formed by right-wing parties and a formation of a left coalition is, at least for now, is impossible to predict.

As a result, Netanyahu has won the elections on April and received a mandate of 42 days to form a coalition which eventually did not work out, mainly because of… Avigdor Liberman.

Israel Elections, April 2019 – All You Need to Know

Re-elections in Israel – The trigger

The Orthodox population in Israel has been exempt from military service since the establishment of the nation, creating a tense political relationship and unsolved disputes between the Orthodox and the secular communities. The dispute of the Jewish Orthodox community exemption from military service was the trigger for the disperse of the current parliament.

In September 2017, the ‘Draft Law’ ordered the legal military draft of the Jewish community in Israel. In order to form a coalition, Benjamin Netanyahu had to get the support of the religious parties as well as the support of Avigdor Liberman and his party ‘Israel Beiteinu’. Liberman demanded to set a detailed plan that includes the number of ultra-Orthodox men to enlist in the IDF. The religious parties obviously rejected Liberman’s proposal and Benjamin Netanyahu was stuck in the middle. After Liberman announced that his party will not join the government, the Knesset was dissolved and the new elections were set on September 17th.

Believe it or not, the polls for the Israeli elections on September 17th present the same outcome. At the time of writing, The right-wing has 59 mandates compared to 53 of the left-wing and it’s unclear how any side can form a coalition following the September elections.

Netanyahu’s new mission is to get over 60 mandates and form a coalition without Liberman’s party. In the upcoming elections, twelve parties will be part of the race.

As of the 3rd of September, here are the Israeli elections polls:

Well, the main issue that revolves around the Israeli elections is Benjamin Netanyahu’s allegations and his political and personal future. The man has been the Israeli PM for more than 13 years, the longest in Israel’s history and his allegations continue to split the nation to left and right. Netanyahu doesn’t have the time to pass the immunity law and it seems that other politicians are not very enthusiastic to help Netanyahu to get his desired immunity. Rumors and suggestions of a plea deal also emerge and can be an ideal solution in the current circumstances.

Avigdor Liberman will be the star of the upcoming elections. Liberman will face a dilemma no matter what the outcome might be – He has eight mandates, the third biggest party based on the current polls, and he has to choose. It’s difficult to imagine Liberman takes a sit with a left-wing government while on the other side, he has a perpetual conflict and unstable relationship with Netanyahu and the Orthodox parties which set him apart from joining to a right-wing coalition.

Blue and White, which has achieved the highest number of votes on April’s elections, will get another chance to take the political leadership in Israel.

What are the main issues for Israel ahead of the upcoming elections?

Something must happen in Israeli politics, either a change or an acceptance of Netanyahu’s leadership for another term. Netanyahu is on the way for another political battle, and this time he has another rival… Avigdor Liberman.