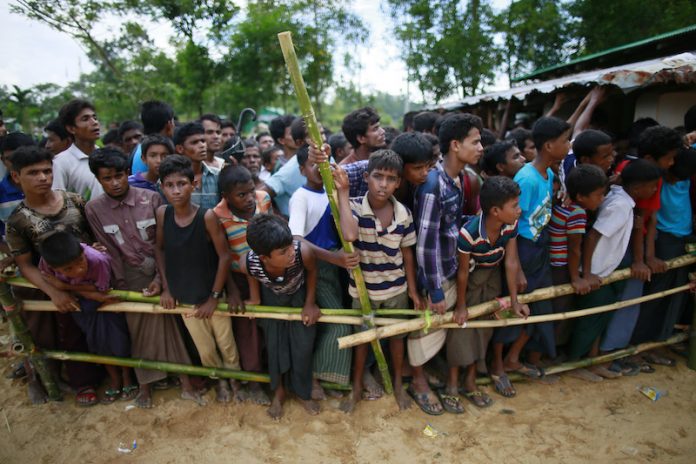 Although humanity has made huge progress in connecting and taking care of minorities and injustices around the world, some communities are still being discriminated. That is perhaps the worst type of discrimination – when a genocide of a minority has been excluded out of the mainstream global discussion. Unfortunately, there are many people that are not aware of the Rohingya genocide and the current refugee crisis.

The Republic of the Union of Myanmar, previously known as Burma, is a country in Southeast Asia, bordered by India, Bangladesh, Thailand, Laos, and China. The country received its independence on January 4th, 1948 from the British Empire by the name Burma. Between 1962-2011, the military ruled the Burmese government and in-state institutions and by 1989, years after the 8888 uprising for a democratic regime, the ruling military junta had changed the official name to Myanmar.

Among many different ethnic groups in Myanmar, the Rohingya people, a majority of Muslims, fled to Burma since the 70’s due to persecution in other areas around Asia. The United Nations described the Rohingya as one of the most persecuted minorities in the world. There are an estimated 2 million Rohingyas around the world, mostly in Bangladesh (1.3 million, many fled there after the crisis),  500K in Saudi Arabia, and 400K in Myanmar (an estimated 655,000 to 700,000 fled to Bangladesh since August to December 2017).

According to Wikipedia, the Rohingyas are spread over the following countries:

Before the crisis, there were nearly one million Rohingyaד that lived on the Western coast of Myanmar and ware not allowed to leave without governmental permission.

Myanmar’s population is mostly Buddhist with a small minority of Muslims. As the Rohinga’s reside in the Rakhine state, the escalation between the Rakhine Buddhism and Rohingya Muslims has come to a boiling point in late 2016 when Myanmar’s armed force has started a crackdown on the Rohingya population. The number of casualties is unclear with an estimated 6700 killed in one month and an additional 43,000 missing.

The persecution against the Rohingya’s was not over after the escalating violence in Rakhine state, Myanmar. The Rohingya have fled to different areas in Southeast Asia to escape the violence, mostly in Bangladesh, Indonesia, Malaysia, Thailand, and India.

As of 9th of January, there are 909,000 Rohingyas refugees, 610,533 of them are based in Kutupalong Expansion Site in Cox’s Bazar in Bangladesh which is the largest refugee camp in the world. Some of Those who arrived in Cox’s Bazar were traumatized after their villages were burned to the ground, families were separated and killed, and women and girls were gang-raped.

The violence in Myanmar’s Rakhine state increased these days with an additional 4,500 people being displaced since December 2018. The conflict in recent weeks between the Arakan Army and security forces deepens Mynamar political instability and the uncertainty for the Rohingya refugees who return to Myanmar.

To donate to Rohingyas refugee camps  – Give to World Vision’s refugee crisis fund to help provide for their needs.