AllinAllSpace
Home Politics What Are Articles 370 and 35A: Kashmir Special Case Explained 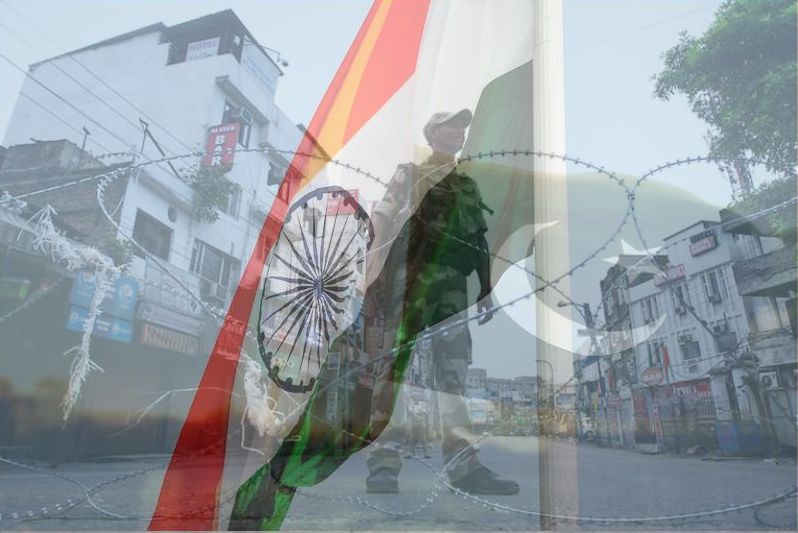 The full-time revocation of Article 370 and 35A in Kashmir has triggered panic, political unrest, and global deliberation, all in last one week. Designated as a “sinister” and “apocalyptic” move by the Indian Government, the abolishment of a decades-old law that significantly gave a measure of autonomy to the disputed Muslim-majority region, is now dismissed. For new readers, below mentioned are brief details that justify the ongoing noise on #370, and why Pakistan is shaken?

Indian administered Kashmir was granted a special status by Indian Government, which was the basis of Kashmir’s accession to the Indian Union at the time of Independence i.e in 1949. Jammu and Kashmir and their legal states had the choice to join either Pakistan or India after the end of British rule in 1947. This clearly dignified Jammu and Kashmir to be governed outside of Indian constitution and declare its own jurisdiction except for defense, finance, foreign affairs, and communications. Article 370 tied hands of residents and denied property rights in the region to the outsiders. Residents lived under different laws, further fueling in-state terrorism.

Article 35A: In force by 1954, through Presidential rule, article 35A was a declaration of continuation of #370 where outsiders were prohibited from buying, selling and permanently settling in Kashmir. Female residents were barred from marrying anyone outside of Kashmir. Clearly, 35A discriminates against women, it was diluted in the past week in both Rajya Sabha and Lok Sabha.

What does this all mean?

With the special status now being repealed, Indians would be able to buy and sell land in Kashmir. This will flourish both real-estate, create employment opportunities and motivate economic transformation within the religiously tied valley. The political parties of Kashmir ruling for 70 years i.e. Mehbooba Mufti and Omar Abdullah fear that Kashmir will now lead to a demographic transformation i.e. from majority-Muslim to majority-Hindu.

“Today the people of Jammu & Kashmir who reposed their faith in institutions of India like parliament & Supreme Court feel defeated & betrayed. By dismembering the state & fraudulently taking away what is rightfully & legally ours, they have further complicated the Kashmir dispute”-says Mebbooba Mufti on Twitter.  More, Omar Abdullah also released a letter through ANI. Both Mehbooba Mufti and Omar Abdullah, according to Hindustan Times, were arrested and shifted to VVIP Guest House on August 5, 2019, under the command of Srinagar Magistrate.

How’s Pakistan reacting to this?

After the removal of #370, Pakistan’s Prime Minister, Imran Khan called out a special Parliamentary session, for initiating an all-out campaign against India, on an urgent basis. In response to the sudden dissolution of #370, Pakistan downgraded all diplomatic relations with India, conducted and shared emissaries to China, and UN and announced grouping of all Islamic countries i.e OIC or Organisation of Islamic Cooperation so as it can formulate a strong opposition against India. Along with these pessimistic announcements, the Pakistan Prime Minister warned of another Pulwama kind of terror incidents in India. However, the high-pitched campaign going on since past one week was dejected by UN as Joanna Wronecka, President of UNSC showed no weight to the ongoing #370 tension. After the UN, Pakistan got a cold shoulder from the Taliban, USA, Russia, while China kept Pakistan guessing. The biggest shock for Pakistan came when OIC declared that it would not interfere in the diplomatic crisis of India and Pakistan.

Eid prayers were peaceful in Kashmir this Monday within massive security restrictions. The streets remain deserted and watched consistently by security personnel. There has been no sign of any terror attack, mob attack and peddling in Srinagar, since the diffusion of #370, and the state slowly returns to normalcy, while Mehbooba Mufti and Omar Abdullah still remains under arrest.