With all the achievements in human rights and international law on non-discrimination and equality, you would think that rape would be a thing of the past. But is it?

In the land of the free, a human being is sexually assaulted every 73 seconds (ref). Rape statistics from 2019 show that for every 100 000 American citizens, there were 23 rape incidents (ref). Worse yet, this number is likely to higher because most people, who are sexually assaulted, do not report the crime. In Canada, it is believed that over 90% of cases of sexual assault are not reported (ref). The US is not the only one among the industrialized countries, where rape rates are high. Sweden has nearly three times that number, with 67 rape incidents for every 100 000 citizens in 2019. Interestingly, just a year before that, in 2018, a UN human rights expert praised Sweden as the role model for human rights-based international solidarity (ref). So why is that model country facing an increase in rape cases over the last years and still experiencing one of the highest reported rape rates in the world (ref)?

Rape is not a new occurrence. It was reported as such, with legal distinction, in the Roman Republic, already back in 1594. Historically rape rates, and violent crime rates, have been decreasing with the exception of periods of war, economic crisis and changes in demographic structure (ref). For example, sexual violence during wartime in the Democratic Republic of Congo is described as the weapon of war (ref). In the case of Sweden, the increase in rape rates after 2010 might be due to demographic changes; reportedly more than half of the men convicted of rape and attempted rape are of immigrant origin (ref).

Are rape rates increasing globally? That is difficult to say. It appears that rape rates have decreased in the first decade of the 21st century, in most industrialized countries (ref). However, statistics on rape and sexual assaults differ from country to country, in data quality, comprehensiveness, and legal definitions. For some countries, data is available only on male-female forms of rape and globally, there is very little research on female-female forms of rape. There are legal differences in the definitions of rape and the punishment for rape. In some countries today, rape is punished with death, while in others it is punished with imprisonment for a just few years.

In 2017, Equality Now published a report on the rape epidemic and called it the World’s shame. The report highlights that 35% of women worldwide have been victims of sexual assault and provides a review of legal differences and advances in legal measures against rape and sexual assault worldwide.

These stats, however, should be taken with a pinch of salt as many countries underreport rape crimes. The truth is that behind the statistics, there are real-life human beings. Humans, whose lives will be changed forever. Importantly, sexual violence and rape are not just a crime against an individual but against the whole society. Why? Research shows that, even later in life, victims of sexual harassment and sexual assault suffer from both phycological and physical negative consequences (e.g. PTSD, higher blood pressure, poor sleep, and poor health, job loss, inability to work (ref, ref 2, ref 3). Estimates from the US indicate that each rape costs $151,423 (ref) but the real number, especially considering the lifelong consequences is likely much higher. If you look at this, with empathy, from an emotional perspective, you can see how this crime, takes a toll on numerous members of our society and hurts social inclusion and overall wellbeing. If you look at this, more coldly, from an economic perspective, this crime takes a toll on our healthcare system and impacts the productivity and tax contributions of a big group of our society. In other words, there is a ripple effect – with every victim of sexual assault and rape, we all suffer.

So what are we doing today to prevent rape and why have we not managed to stop rape completely or at least reduce rape rates globally?

In order to prevent rape and stop it completely, we need to first understand why rape occurs and what the contributing factors are. While war and economic crisis may be considered as contributing factors, research does not fully support that hypothesis. For example, during the Great Recession, crime rates, including rape rates, actually dropped (ref). Immigration may be a contributing factor but it does seem to be the case in some countries, where most sexual assaults are committed by someone the victim actually knew. Some advocate for pollution, lead in particular, as the real criminal factor (ref). Several reviews of best practices for rape prevention (ref, ref 2, ) show that rape is preventable and the countries who truly wish to put an end to sexual assault and rape must develop, implement and maintain a long term strategy, which combines actions to:

At the heart of these prevention measures is education – education at home, at school, in sports clubs, in social clubs, in religious establishments, in the media and social media.

There is a saying that for a smart person, it takes hearing something seven times before they actually remember it. So imagine how many times an average person will have to hear the message to actually remember it, believe it, use it? To put an end to rape and sexual assaults, the key messages need to be repeated in different languages, in different formats, in all media channels, at home, at school, in sport clubs, in social clubs, in religious establishments, by politicians, celebrities, CEOs and every single one of us. And these messages need to be repeated until every country reaches 0 rape rates. A few movements like #metoo and #dontlookaway are great but alone, these would not be enough. A few documentaries on Netflix are good effort but alone, they will not be enough. A few words from celebrities are helpful but alone, these will not be enough. All of these efforts need to be complemented with daily reminders on the public transport, in the supermarkets, online stores, video games, on TV, on social media, at every police station, doctor’s office, ER, at every border check, in every immigration center, in every family and yes, at every school!

In his book, The Social Animal, David Brooks wrote that for real, lasting change to happen in our society, we need to go to the heart of our society – our children! Many countries have started to implement in their school curriculum lessons on consent and healthy physical, emotional and mental boundaries. Erasmus and the EU have developed a teachers’ manual with tools, recommendations, and activities to help children to understand, prevent and protect themselves from abusive relationships (ref). Similar work has been done by the International Planned Parenthood Federation (ref). These guides need to be part of the curriculum at every childcare organization and every educational institution. And this type of work must be part of all immigrant and refugee integration programs. This would be a great way to move forward and put an end to rape and abuse, as long as we keep the efforts consistent, effective and visibly present in all areas of our lives.

With all scientific and technological advances, we have today, which allow us to influence, impact and innovate, we should all take it upon us to do what we can and ensure prevention of sexual assaults. And it all starts with you! You can impact your family, your friends, your co-workers, your neighborhood, your local opinion leaders, your local politicians. To build on what Kurt Cobain said about rape as quoted above, teaching self-defense, and stranger-danger is great but what really needs to be done is teaching not to rape, assault or harass, and to respect another person’s body and his/her’s personal, mental and emotional space. And it all starts with you! Now. 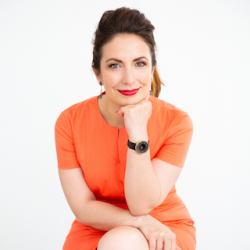 Polya Rosin
Polya Rosin is a creative academic writer and relationships coach. She earned her bachelor’s degree in science in Italy, her master’s degree in science in Germany and has over 8 years of experience in public health and psychology. She is a Robbins-Madanes trained coach and currently studies medicine at Karolinska Institutet in Sweden, where she lives with her partner and three children. As a female entrepreneur and a mompreneur, Polya runs her own business, helping people build healthy personal and professional relationships, so they can feel valued, respected and loved. She also writes speeches, educational courses and does research, academic and creating writing as a freelancer.