The history of world maps is fascinating and transformative. The world map has changed a lot throughout history from the early days of Ptolemy in Egypt to the emergence of modern world maps at the end of the 18th century. But do we actually use the right map these days? Is it the most accurate map? Perhaps in the future, a new world map will take over the old map and be the consensus of the political shape of our planet. 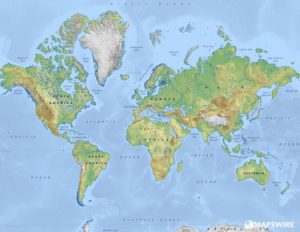 As a matter of fact, one of the reasons that Europe is in the middle of the modern world map is because this map was first created in Europe by Martin Waldseemüller in 1507. The map you’re familiar with, that pretty much everyone is familiar with this map, is called the Mercator Projection, which was first created by cartographer Gerardus Mercator in 1569.

We cannot argue that the Mercator Projection is a great map, but this world map used by anyone has some major flaws. For example, it distorts the size of landmasses, particularly in the northern and southern poles. The best example to emphasize this problem is Greenland, the world’s largest island, which seems huge in our the Mercator map but actually, if you place Greenland in other positions on the map, you can see how the Mercator world mao does not represent the size of landmasses accurately. 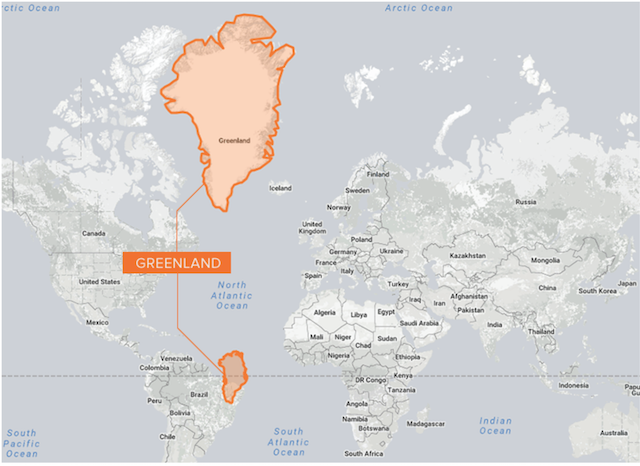 The Authagraph world map – The most accurate world map

The Authagraph world map was created by Hajime Narukawa, a Japanese architect, and is considered by many the most revolutionary and accurate world map as of 2020. Below is a short video that explains everything about this unique world map:

What makes this map so special? The AuthaGraph map divides the globe into 96 regions and transfers them to a tetrahedron shape. This world map can be tiled in any directions without visible seams and with the Authagraph map, you can choose various regions at its center, which eventually creates a much more proportionally accurate world map.

1 of 3
Follow me
AllinAllSpace
AllinAllSpace editorial team aim for unique high-quality content on various topics. The team will maintain a constant content operation for the readers and users with the goal of delivering value and genuine message. We are striving to provide in-depth quality content on various topics such as the economy, music, technology, career, sports, politics, travel, and social life...
Follow me
Latest posts by AllinAllSpace (see all)