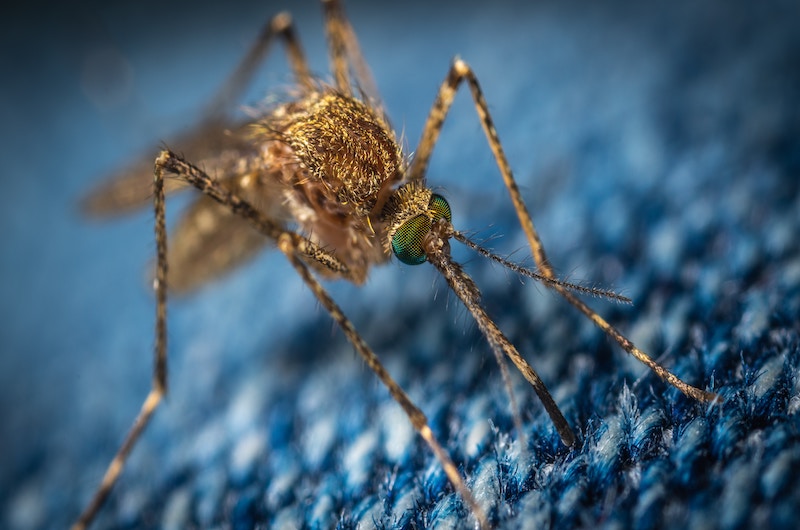 In this article, we have gathered some facts for you about the most disturbing creature in the world, the mosquitoes:

The male mosquito is actually an innocent and harmless creature that, same as butterflies, feed on a buzz of flowers. The females are the ones that suck the blood, as they need blood proteins to produce as many eggs as possible.

2. The mosquitoes are the deadliest animal in the world

Because mosquitoes can sting a large number of people throughout their lives, they easily spread disease. In fact, mosquitoes are the deadliest animal in the world – every year around 1,000,000 people die from mosquito bites worldwide – for example, malaria, dengue fever, yellow fever, West Nile fever, and the affinity virus.

3. The mosquitoes have accurate gas and smell sensors

The mosquito female is equipped with a special sense that allows her to locate the victims: she manages to sense the concentration of carbon dioxide gas (CO 2) which is emitted by all animals when breathing. The mosquito looks for the highest concentration of gas because that’s where its potential victims are. Once it reaches the victims, the mosquito activates other senses such as the heat emitted from the body (in the form of sub-red radiation) and smells of chemicals that are emitted from the body during breathing and sweating.

As you can see in the following video, the seltzer water CO2 can be a great mosquito trap:

A study from 2004 found that women during pregnancy attract mosquitoes almost twice. This happens because a pregnant woman emits more carbon dioxide into the environment, and her body temperature is higher.

Mosquitoes have culinary preferences – for example, they prefer the smell of lactic acid found in the sweat of some people over the odor of butyric acid. In a 2004 study, dozens of volunteers with different blood types placed in a room with mosquitoes. It was found that mosquitoes clearly prefer people with blood type O.

The blood type also affects substances found in our saliva or the type of skin, which mosquitoes can sense. Studies have also found that the concentration of cholesterol decomposition products, alcohol drinking, genetic cargo and bacterial composition on the skin also affects the degree of mosquito attraction to different people.

5. Without water, there are no mosquitoes

The eggs that the mosquito lays in the water develop larvae that feed on organic substances (such as rotten leaves) found in the water. Mosquitoes live in water, and that is how new mosquitoes develop. Without standing water the mosquito eggs cannot be reproduced.

6. They also inject substances into the human body

The mosquito’s sucking trunk includes tubes that are used not only for pumping blood from the human body but also for injecting substances inside. The female infuses into the body with substances that prevent blood clotting, so you can suck it for as long as possible without clotting. These substances also cause the body’s cells to release near the sting a substance called histamine. The histamine causes the blood vessels to expand in the sucking area and release fluid from them, so we see swelling instead of the sting. The histamine also affects the nervous system and is the cause of itching.

7. The lifespan of a female mosquito is between 42-56 days

After the mosquito bites, it then rests for two or three days as it has to digest the blood and produces well-developed eggs. Then it locates a standing water source to lay its eggs on. After the female cast, she will return to seek a new victim for the sting again and again throughout her life, which can last between 42-56 days. That means every female mosquito can sting about ten times in her life. The male mosquito, on the other hand, has a lifespan of around 10 days.

8. Their trunk has outstanding abilities

Scientists from the Pasteur Institute in France were able to photograph the mosquito trunk using a microscope. It turns out that just like an elephant’s trunk, the mosquito’s sucking trunk has an impressive movement ability, and can even bend at 90 degrees. Sensors across the trunk steer it towards the nearby blood vessels, locates the blood vessels and penetrates it, then does the festive feast begin. You can see these amazing photos in the following video (Warning: the movie is not easy to watch):

9. Mosquitoes need the protein in the human blood

10. The mosquitoes have an amazing carrying capacity

A mosquito is capable of pumping about 6 milligrams of blood. It may not sound like much, but it is actually quite impressive for such a tiny insect. Her aerobic muscles are adjusted in advance so that she manages to fly off at the end of the suck despite her double weight – though she flies slower and therefore it’s easier to catch mosquitoes following a happy meal.

Mosquitoes lay eggs and develop only in standing water, and not in rivers or streams that have a constant flow. Drying of standing water sources is the most effective method of fighting mosquitoes, but not the only one. In places where it is impossible to dry the water source, greasy materials sometimes float on the surface of the water. The mosquito larvae breathe with a kind of “snorkel” that allows them to peek out over the water. Oil layer that floats on the water, preventing the “snorkel” from reaching the air, strangling them and preventing them from developing into adult mosquitoes.

Mosquitoes can not fly very far – they can fly up to a mile away, but in practice, they stay a few tens of meters from their birthplace. So if there are mosquitoes in your area, there is most likely a water source near your home. A water source does not have to be a swamp or sea – the mosquitoes are not picky and will even settle on a source of water under the pot. It is recommended to identify such stagnant water and remove it if you do not want to be stung by mosquitoes.

13. US Army vs mosquitoes

A substance called AN-diethyltoluamide, or abbreviated “DEET”, is a highly effective mosquito repellent. The material was developed by the United States Army in 1944, following a mosquito hit on US soldiers fighting against Japanese forces in the Pacific Islands during World War II. Yet, its most widespread use was in the Vietnam War, where American troops fought in mosquito-infested jungles.