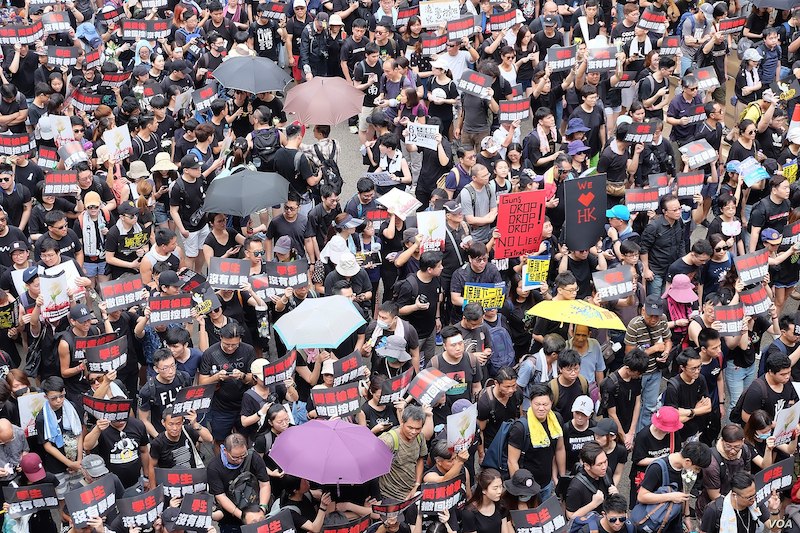 Hong Kong residents have always been proud of their nation. Since its independence in 1997, the small country had major success in terms of economic development, innovation, technology, and productivity.

But nowadays, Hong Kong is facing a new political situation: A feeling that they are under siege and not only by the rulers in China. This turmoil, expressed in protests, was not only the result of Beijing’s exaggeration but also of internal issues within Hong Kong, according to the latest news. Economic chaos, along with a wide wave of immigration has exerted tremendous pressure on Hong Kong’s traditional identity and its political leadership. As a result, a new type of identity has emerged. The people of Hong Kong not only want sovereignty but also an independent cultural system that sets them apart from their big brother, China.

The slogan of ‘one country, two systems’ has been dropped off and can no longer be a solution for Hong Kong and China. Though the experiment was unique and had a certain level of success, Chinese rulers have to let go of the idea and establish a new solution – Separation or a minor involvement within Hong Kong.

Domestically, the counter-reaction of Hongkongers has widened and deepened the nation. Local residents confirm the political controversies, which deeply affect the citizens which result in protests that are breaking out frequently. Many Hongkongers, mostly elderly, oppose the violent reaction and its consequences.

Is Hong Kong on a brink of economic recession?

Politics and the economy go hand in hand, and the economic relationship between Hong Kong and China is far more complex than most people realize. In terms of economic growth and trade, both Hong Kong and China are highly dependent on each other. As a matter of fact, Hong Kong is the fourth largest trading partner of China after the United States, Japan, and South Korea, accounting for 6.7% of total trade in 2018.

China has a strong motive to keep Hong Kong on its side. Although Hong Kong has a less economic impact than it was in 1997 when its GDP was 16% of China’s (it’s now 2%), the international financial hub, business center, and tourist destination of Hong Kong remains a vital part of the Chinese economic machine.

On the other side of the wall, Hong Kong can go solo. A population of 7.4 million with developed infrastructure facilities and a GDP per capita of 39066.30 USD (one of the highest in the world) is enough for the small city to go on its own.

Regardless, the latest events pressure the economic status in Hong Kong. Business activity shows the sharpest drop since the global financial crisis in 2008. Hong Kong is a small area with an economy that is based on free market and investors’ confidence. The protests drive shoppers and tourists away, crush the demand for international trade and prevent from investors to continue their business operation in Hong Kong.

At the time of writing, the HSI (Hong Kong stocks exchange index) and the Hong Kong Dollar remain relatively stable. However, the economic business activity in Hong Kong is extremely fragile and can be affected in the upcoming months.

Identity crises often erupt when some kind of event causes a change in the social hierarchy that causes an influential status in a cultural group. Those who are affected and threatened, fortify themselves behind their movement, even if it is filled with doubts and questions.

Hongkongers people have long suffered an identity crisis. But in recent years, the interference of China’s rulers in Hong Kong’s economic and domestic policy and the immigration of Chinese into Hong Kong has created confusion in the root of Hong Kong identity. Recent research by the University of Hong Kong on identity issues shows that only 17per cent of people identified themselves first as ‘Chinese citizens’, a new low since 2000.

The increasing immigration and tourism waves from China have become a burden for Hongkongers since Beijing abolished travel restrictions. One of seven people in Hong Kong was a resident of China after 1997. The number of tourists from China has significantly increased from two million a year to more than 40 million in 21 years.

Local residents talk about a sense of alienation, as they hardly know their new neighbors. Many of the locals believe that immigrants are changing the local culture. Immigrant families, most of whom are Mandarin-speaking, do not usually interfere with the original Cantonese-speaking local residents. These developments have triggered a phenomenon called a sociotropic threat, which can be identified with two separate groups inside a similar culture.

Hong Kong is facing a turning point in its growth as a nation. The request for independency cannot be ignored as the protest reflect the desire for change. Hong Kong may be contagious with a disease affecting other countries and continents across the globe: inter-party polarization. Can Hong Kong last the full 50 years agreement, until 2047, as originally envisioned? Probably not.

Ironically, the integration of the two nations can be beneficial for both sides. China doesn’t want to see Hong Kong as autonomy but does not want to deal with disobedient Hongkongers.

From Occupy 2014 to protests 2019, national movements that seek for revolution does not tend to fade away. China, Britain, and the global community might consider a new political solution, in the form of full autonomy for Hong Kong or a reduction of Chinese intervention in Hong Kong’s domestic issues.

The NFT Bubble: How Do You Start Buying and Selling NFT Tokens?

Is This The First Time People Are Forced To Get Vaccinated?