James Harden is unstoppable! After 71 games, Harden is averaging 36.2 PPG. In his past ten games, Harden scored 61, 57 and 41 and Harden was also the first player to score back-to-back 55 points per game since Wilt Chamberlain back in 1962. So, can James Harden pass Michael Jordan’s 86-87 average of 37.1?

Looking at the list of the highest PPG average in a season and we can find Michael Jordan, Kobe Bryant, Allen Iverson, and Tracy Mcgrady among the top players of the modern age of basketball. With all the respect, averaging 50 points a game in the ’60s and ’70s was quite different than the last 20-30 years. 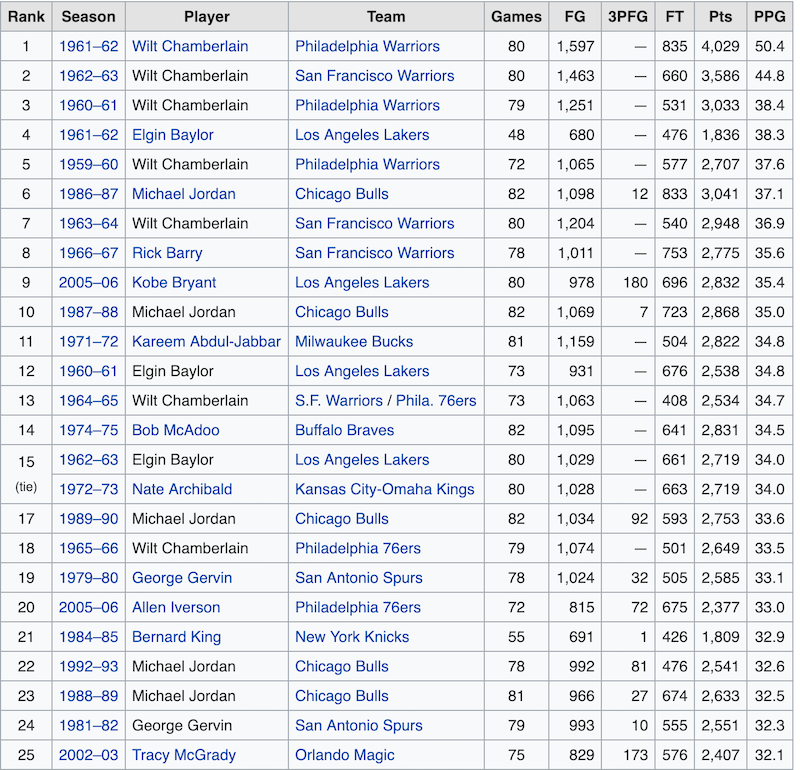 It’s doable for Harden to pass Jordan’s 86-87 average. His scoring pace is incredible and lets’s not forget the deadliest one-on-one offensive weapon – the step back. Harden’s step back became an impossible move to defend and he knows how to use it.

Not everybody likes Harden’s game style – commentators and players claim that his step back is actually traveling, he has a bad defense and he averages 5.6 turnovers per game –  the highest in the league. Moreover, his team ranks 4th in the league and so far has not performed the most beautiful and effective basketball. However, no one can doubt his phenomenal scoring abilities and his ability to win games on his own.

You can like him or not but Harden’s scoring numbers were not seen in the league since Michael Jordan and Wilt Chamberlain. James Harden is currently dominating the league and making history. If Harden will continue his last month’s scoring in the second term of the season then he will break Jordan’s highest PPG average in a single season.