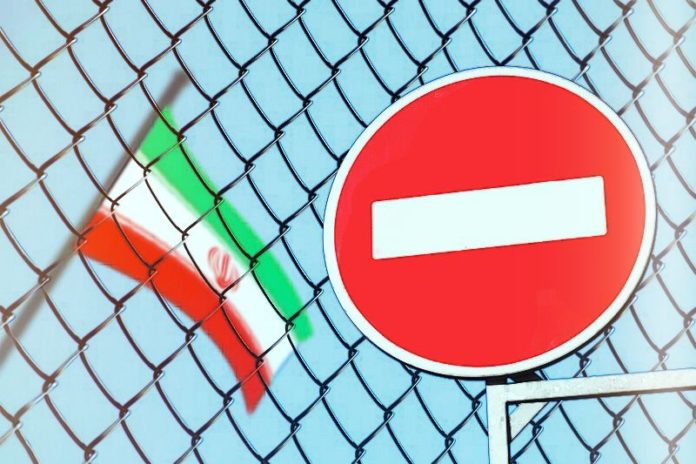 The diplomatic relationship between the United States and Iran collapsed in 1979, following the Iranian revolution. Since then, the relationship deterioration between the two countries has become a burden and a major concern for the global economy and world peace. Although the Obama administration was determined to change the sentiment, Trump takes an aggressive approach since his presidential inauguration.

For the past year, Iran has adopted a ‘strategic patience’ policy in order to receive compensation from European countries over the US sanction. Now, Iran takes a new path versus the US which includes three types of fronts: The nuclear program, military action, and the export of oil.

Each country has requirements in order to renegotiate, however, both countries also realize that diplomacy remains the safest option.

2019 has been a tough year for the Iranians, following the US exit of the nuclear program agreement and the JCPOA sanctions over Iran. The US sanctions affected the Iranian economy, in particular, the energy and the financial sector and aim to fail the Iranian program to rebuild Syrian infrastructures once the war ends.

Iran was taking the ‘patient strategy’ policy, believing that the storm will pass after a while and meantime required European countries to compensate the Iranians for the US sanctions renewal. Eventually, the Iranian regime is waiting for Donald Trump to end his presidential period.

However, not only the Americans renew the US sanctions, over the past months the United States intensify the sanctions after Trump canceled several exemptions for China, India, and Japan to import oil from Iran. The new round of sanctions on Iran includes steel, copper, and aluminum.

As for the nuclear program, the United States has canceled two permits that allowing the Iranians to export the enriched uranium and the heavy water based on the US-Iran nuclear deal. The US government also designated ‘Iran’s Revolutionary Guards’ as a terror organization, making the Iranian regime taking another strategy.

Now, Iran operates on three different fronts: The nuclear program – Iran demands the European countries to compensate them for the US sanctions based on the agreed principles. In terms of military, the Iranians demand the United States and Israel to pay back for the economic crisis and the damage caused by US sanction, allowing the Iranians to control key locations across the Middle East, in particular, Syria. And the last one is the energy sector – Iran threats Saudi Arabia and the United Arab Emirates that if Iran can’t sell oil to the world, they would not be able to do so as well.

What are the options for Iran?

Iran has to choose a strategy in each one of the fronts: As for its nuclear program, Iran has three different options – The first is to violate the agreement by increasing the Uranium enrichment. The second is to exit the agreement and eliminate the IAEA participation which will push Iran to return to an extensive nuclear process. The third is the most aggressive and might spark a military action from the United States or Israel – An exit of Iran from the NPT which provides Iran the possibility to develop a nuclear weapon.

Iran has another goal, to bring back the Iranian intimidation and military strength in the Middle East and the Persian Gulf. The Iranians can hurt the US army in Iraq and Syria and continue its cold war with Israel through organizations in Lebanon and Gaza. Another major factor for the Iranians is the presence in Syria in order to win the rebuilding of the ruined country when the war is over.

Iran’s actions and the US response

So far Iran has decided to not removing the substance over 300KG of enriched Uranium which is allowed based on the nuclear agreement, however, the Iranians threat to violate this agreement in 60 days. The Iranian will not step down off the nuclear program as it serves their interests with European countries, however, as it seems now, the Iranians are isolated in the world map, with even Russia is not backing them up completely.

Last week, news of Iran or its proxies were preparing to attack the US army in Iraq emerged and assumptions of the Iranians preparation of military action against Israel escalated the tension. In response, the White House review military actions against Iran.

On the 12th of May, reports from Saudi Arabia and the United Arab of Emirates of a ships attack and oil tanks also escalated the tensions. So far, no one took responsibility but the US says Iran likely behind the ships attack.

The United States was not passive and sent troops to the Lincoln aircraft carrier which includes the B-52. Although the action was more symbolic than a beginning of military action, the US military in the area can operate in important battles.

In the current circumstances, both sides have high demands in order to go back to the negotiation table – The US demands that Iran will agree with the 12 basic requirements offered by Mike Pompeo while Iran asks for an apology and the return of the US to the nuclear program agreement.

In recent days, both countries’ leaders commented aggressively in response to the other actions, escalating the tension. Eventually, the United States and Iran realize that the best solution for them is diplomacy and even Donald Trump, the one who started this minor conflict now asks to get a phone call from the Iranians.